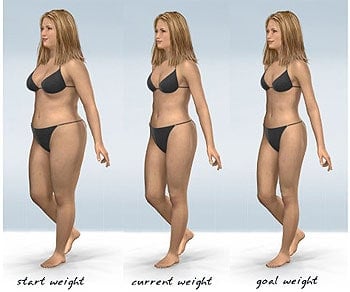 The sympathetic nervous system is widely distributed throughout the body and subconsciously regulates many physiological functions including the control of resting metabolic rate and the dissipation of calories after food intake. The present study examined the relationship between activity of the sympathetic nervous system and weight-loss outcome in a group of obese individuals on a low-calorie diet intervention program.

“We have demonstrated for the first time that resting muscle sympathetic nerve activity (MSNA) is a significant independent predictor of weight-loss outcome in a cohort of overweight or obese subjects,” said Nora Straznicky, PhD, of the Baker IDI Heart & Diabetes Institute in Melbourne, Australia and lead author of the study. “Our findings provide two opportunities. First, we may be able to identify those persons who would benefit most from lifestyle weight-loss interventions such as dieting. Secondly, the findings may also help in developing weight-loss treatments through stimulating this specific nervous activity.”

In this study, researchers examined 42 overweight or obese subjects who had participated in dietary-lifestyle intervention trials that cut their daily caloric intake by 30 percent for 12 weeks. MSNA was measured by microneurography, a process involving the insertion of metal microelectrodes into nerve fascicles (a bundle of nerve fibers). Researchers found that weight loss was independently predicted by baseline resting MSNA.