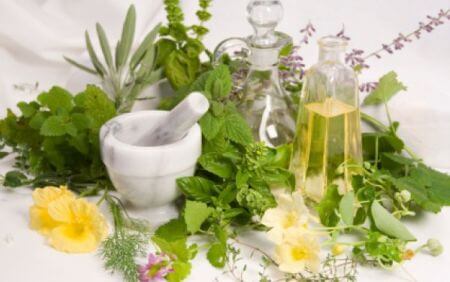 There are probably at least 500 medically useful chemicals awaiting discovery in plant species whose chemical constituents have not yet been evaluated for their potential to cure or treat disease, according to a new analysis by a New York Botanical Garden scientist who has more than 15 years of experience in collecting plants for natural-products discovery programs.

Currently, 135 drugs on the market are derived directly from plants; the analysis indicates that at least three times as many disease-fighting substances have yet to be found that could be developed into drugs or used as the basis for further drug research.

“Clearly, plant diversity has not been exhausted, and there is still great potential in the plant world,” said James S. Miller, Ph.D., Dean and Vice President for Science at the Botanical Garden.

Dr. Miller’s analysis, “The Discovery of Medicines from Plants: A Current Biological Perspective,” is published in the December issue of the peer-reviewed journal Economic Botany.

Because of uncertainties in some of those numbers, the formula yields a range of potential drug discoveries. While there is no general agreement among botanists about the number of plant species that are likely to exist, Dr. Miller concluded that there are 300,000 to 350,000 species of plants. Of those, he determined that the chemistry of only 2,000 species has been thoroughly studied, and perhaps only 60,000 species have been evaluated even partially for medicinally useful chemicals.

Working with those numbers, Dr. Miller calculated that there are likely to be a minimum of 540 to 653 new drugs waiting to be discovered from plants; the actual number could be much greater.

“These calculations indicate that there is significant value in continuing to screen plants for the discovery of novel bioactive medicinally useful compounds,” concludes Dr. Miller, who has run natural-products discovery programs that have collected specimens in North America, Central and Southeast Asia, and Africa for government agencies, pharmaceutical companies, and academic programs.

As part of his Economic Botany paper, Dr. Miller reviews the disappointing history of past plant-screening efforts and evaluates the potential for future programs.

Technological advances in the 1970s and 1980s gave medical researchers the capacity to evaluate large numbers of plant samples. That prompted the federal government and large pharmaceutical companies to institute aggressive plant collecting and screening programs. Those programs led to the development of several important drugs such as Taxol from Taxus brevifolia (used in cancer treatment) and Camptothecin from Camptotheca acuminata (derivatives of which are used to treat cancer). Other drugs indirectly trace their discovery to natural-products research, including the anti-viral Oseltamivir, which derives from Illicium anisatum and is marketed in the United States as Tamiflu.

The number of drug discoveries, however, was substantially less than anticipated. By the early 2000s, many of the large pharmaceutical companies had abandoned their efforts.

Dr. Miller argues that one possible explanation for the low yield is the relatively crude way in which plant extracts were tested for their pharmaceutical potential. Plants may contain as many as 500 to 800 different chemical compounds, but the screening programs of the late 20th century used extracts made from a whole plant or at best extracts that contained many hundreds of compounds.

To correct this problem, new technologies now allow researchers to separate complex mixtures of natural products into a “library” of relatively pure compounds that can be tested individually. A 2002 study demonstrated that testing such libraries dramatically improves discovery rates.

Bringing these advances together with refinements in collecting strategies could lead to what Dr. Miller calls a “second renaissance” of natural-products discovery.

Miller undertook his analysis to highlight the fact that despite past collecting programs, the plant world represents a poorly explored source of potentially lifesaving drugs. That adds urgency, he said, to efforts to conserve natural habitats so that species are not driven to extinction before they can be studied.

“The natural world has a great and diverse array of interesting chemicals that have been only minimally studied and still hold considerable potential,” he writes.