Researchers believe they have identified a way to prevent type 1 diabetes by restoring the immune system’s natural balance. The approach may also prove effective for battling other autoimmune diseases such as lupus and eczema, they hope.

It could also have benefits for people who have already developed diabetes: The researchers believe it could reduce or eliminate the need to take drugs that suppress the immune system after islet transplantation, a promising potential treatment for diabetes that is now being investigated.

The scientists, at the University of Virginia School of Medicine and Vanderbilt University, are seeking partners in the pharmaceutical industry who can make the product they need, a concentrated form of an antibody called human immunoglobulin, or IgM. That’s their next step before they can begin human testing to determine IgM’s effectiveness at preventing diabetes. 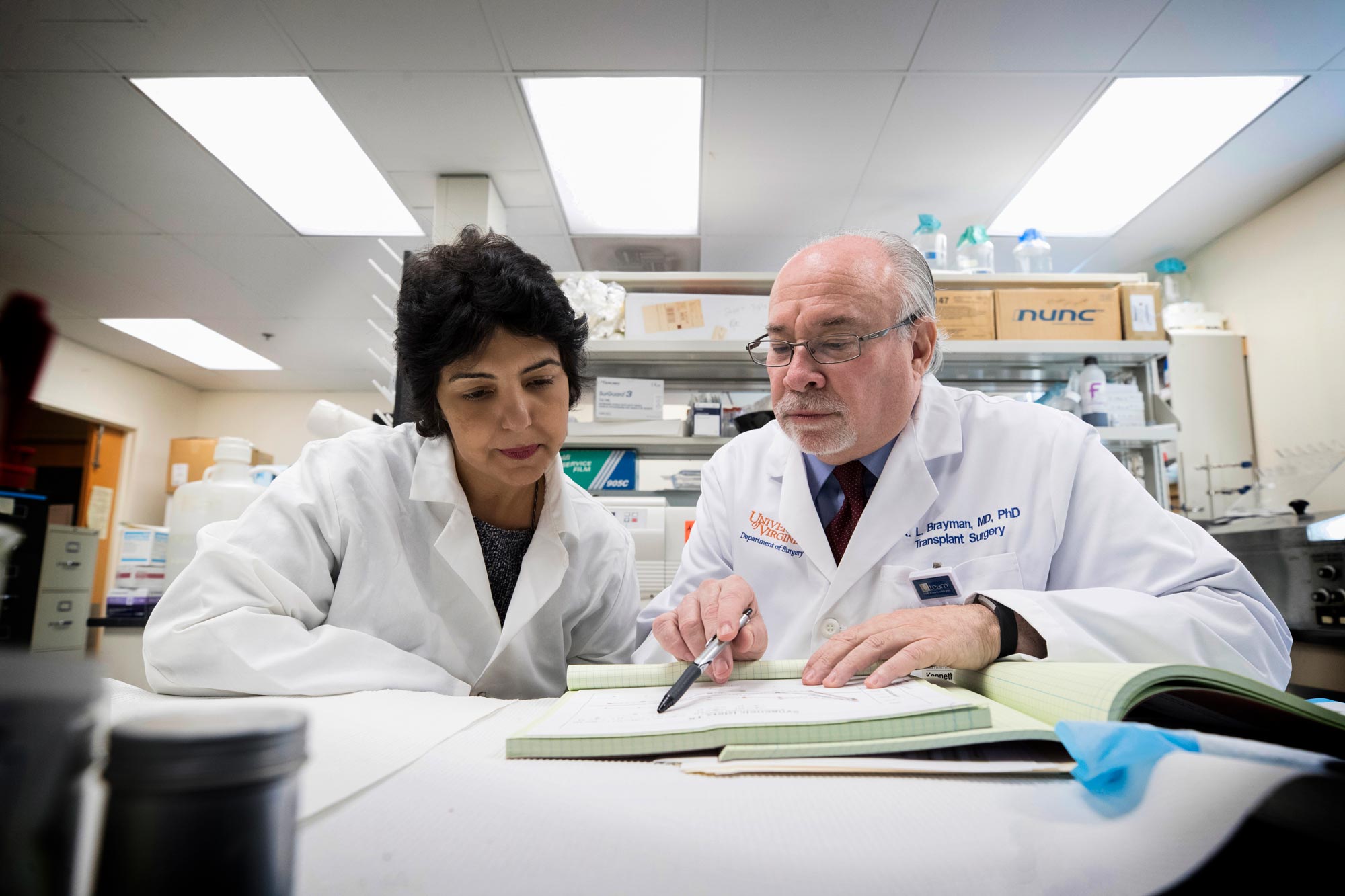 “We’re reaching out to current manufacturers of IgM to see if we can work with them to develop products that are very concentrated in it, because it doesn’t work with regular immunoglobulin,” UVA transplant surgeon Dr. Kenneth Brayman explained. “With many immunosuppressive agents, if you give them at the right time, you can prevent the disease. But when you stop the drug, the disease recurs. But it’s different with IgM. IgM is reprogramming the immune system.”

Brayman began working several years ago with Vanderbilt’s Dr. Daniel Moore to try to understand the role of IgM in the development of diabetes. Their work spurred them to examine whether patients with diabetes were IgM deficient, and those findings have led them to believe that a concentrated dose of IgM may head off the development of the condition.

“The holy grail would be to identify patients at risk using biomarkers or genomics and then intervene in what is called the pre-hypoglycemic phase of autoimmunity,” Brayman said. “These patients are clinically silent [exhibit no symptoms], in that their glucose is normal until they reach a threshold below which they don’t have enough beta cells to make enough insulin to prevent them from becoming diabetic.”

To understand that process, and find ways to stop it, the research team includes a wide range of expertise, including UVA’s Stephen Rich, a top expert in the genetics of complex human diseases, and Preeti Chhabra, a research scientist in the Cellular Therapeutics and Transplant Core who focuses on diabetes and transplant immunology. The work, part of the Virginia Precision Individualized Medicine for Diabetes (PrIMeD) Project, was inspired by UVA’s Dr. Peter Lobo, an early promoter of IgM and its anti-inflammatory properties.

The researchers believe concentrated IgM could also help improve treatment for people who already have developed diabetes by facilitating the transplantation of clumps of pancreatic cells called islets. The islets include the insulin-making beta cells.

“To successfully transplant cells into humans with type 1 diabetes, you have to prevent rejection, and you have to prevent recurrence of autoimmunity,” Brayman explained. “If the IgM can lower or eliminate the amount of conventional immunosuppression that needs to be used, it would be very helpful, because there are people who would love to have islet transplant, but they don’t want to be on long-term immunosuppression.

“So it would change the risk-benefit paradigm for them,” he said. “And then, for other autoimmune diseases, currently the only way to control many of these is with conventional immunosuppression. So if you can give IgM and then the patient is tolerized to their own antigens that are acting as stimulants for the autoimmune process, then hopefully you can make the disease quiescent and prevent a lot of long-term complications.”

The researchers hope to start testing IgM to determine if can prevent diabetes in people within the next couple of years, but the timing will depend on their ability to find a suitable industry partner and then obtain the necessary federal approvals.