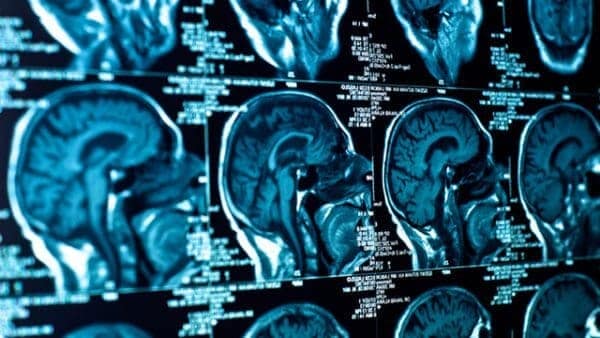 In the story of Goldilocks, a little girl tastes three different bowls of porridge to find which is not too hot, not too cold, but just the right temperature. In a study published in Advanced Therapeutics, University of Minnesota Medical School researchers report on a “Goldilocks” balance which holds the key to awakening the body’s immune response to fight off brain cancer.

The most common form of adult brain cancer is glioblastoma. Doctors diagnose about 14,000 glioblastoma cases in the U.S. each year. This aggressive cancer has claimed the lives of Senators John McCain and Edward Kennedy.

“Our body has armies of white blood cells that help us fight off bacteria, viruses and cancer cells. This constellation of cells constitute our immune system,” said senior author Clark C. Chen, MD, PhD, Lyle French Chair in Neurosurgery and Head of the Department of Neurosurgery at the University of Minnesota Medical School. “One of the key reasons why glioblastoma is so aggressive is that it shuts off this immune system.”

The importance of the immune system in cancer therapy is highlighted by the 2018 Nobel Prize in Physiology or Medicine. The prize was awarded to the discovery of a drug that activates the patient’s immune response against cancer cells. Treatment with this immunotherapy drug has produced impressive long-term survival in many cancer types. Unfortunately, this drug does not appear to work against glioblastomas.

“Immunotherapy works by activating the white blood cells that are present in many cancer types. For reasons that are not clear, glioblastomas contain few white blood cells. So, there is nothing for immunotherapy to activate,” commented Andrew Kummel, Professor of Chemistry and Biochemistry at the University of California San Diego and co-senior author of this study.

The research team injected hollowed silica (a form of glass) particles into glioblastomas to facilitate recruitment of white blood cells. The injected tumors were then treated with high-intensity focused ultrasound (HIFU). The ultrasound effectively “blew up” the glass particles to rupture cancer cells, releasing proteins that attract white blood cells.

By modulating the high-frequency ultrasound, Chen and his team were able to create different temperatures under which the cancer cells were ruptured.

Importantly, Emad Ebbini, U of M Professor of Electrical and Computer Engineering, has developed an ultrasound system capable of rupturing cancer cells without the use of the silica shell. Ebbini notes, “Our ultrasound is a perfect fit for the type of clinical application that Dr. Chen has developed. We are working toward a first-in-human study to test our ultrasound in glioblastoma patients.”

Co-authors of this study include Chin-Hsin Huang, and Siamak Amifakhri, University of California San Diego as well as Oscar Echaegaray, San Diego State University. This research was supported by the National Cancer Institute of the National Institutes of Health (T32 Training grant no. 5T32CA153915-08; U54 supplementary grant no. 5U54CA132379-08;1RON1NS097649-01; 9R44GM128223-02) and funds from the Burroughs Wellcome Fund, the Doris Duke Charitable Foundation, the Sontag Foundation and the Kimmel Foundation.