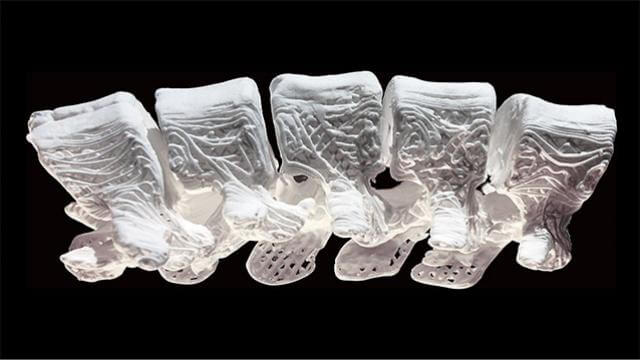 Four months after treating them, Yasuhiro Shiga, MD, PhD, checked on his rats. Walking into the lab, he carried minimal expectations. Treating spinal cord injuries with stem cells had been tried by many people, many times before, with modest success at best. The endpoint he was specifically there to measure — pain levels — hadn’t seemed to budge in past efforts.

“Well, it doesn’t seem to be working. I don’t see any real change in pain behavior in any of the groups,” said Shiga, a visiting scholar at University of California San Diego School of Medicine, apologetically, as he walked into the office of his supervisor, Wendy Campana, PhD, professor in the Department of Anesthesiology and Program in Neuroscience.

But, to Campana’s surprise, he continued, almost as an after-thought.

“Although … some rats are actually really moving.”

The difference for those rats was this: Before delivering them into the spinal cord injury site, Shiga and Campana had conditioned stem cells with a modified form of tissue-type plasminogen activator (tPA), a drug commonly used to treat non-hemorrhagic stroke.

Their findings are published December 17, 2019 in Scientific Reports.

tPA is used to break up blood clots, allowing blood to more freely flow back into the brain following a stroke. But tPA is also a naturally occurring enzyme known to boost neuron growth and dampen inflammation. So the researchers used an enzymatically inactive form of tPA, still anti-inflammatory and pro-neuron growth but without effect on blood clotting, which could be a dangerous side effect in a person not having a stroke.

In a laboratory dish, the researchers added the modified tPA to neural progenitor cells — the precursors to neurons. They had generated these pre-neurons from induced pluripotent stem cells, a special kind of stem cell that can be derived from a person’s skin cells. After 15 minutes, the researchers transferred either tPA-conditioned or unconditioned neural progenitor cells to the injury site in a rat model of severe spinal cord injury.

Two months after treatment, the researchers found 2.5-fold more tPA-conditioned neural progenitor cells than unconditioned cells still present in the rats. What’s more, the tPA-conditioned cells had begun specializing into full-fledged neurons, with axons (branches) emerging from the site of transplantation and extending as far as four vertebrae away. According to Campana, that’s unusual.

“It was striking to see at two and four months the tremendous improvements in the ability of those progenitor cells to survive in the injury cavity,” she said. “Just keeping these cells alive has been very difficult in past studies.”

Even more surprisingly, it turned out that what Shiga had observed in the rats with modified tPA was a three-fold increase in motor activity after four months, as measured using a well-established scoring system that quantifies a combination of rat joint and limb movements, trunk stability, paw and tail positioning, stepping and coordination.

Pain is a special focus of Campana’s lab and the team was initially most interested in that aspect of spinal cord injury treatment. They measure pain in rat models based on how they lift their front paws in response to added weights.

“The addition of tPA-treated neural precursors didn’t reduce pain in this model,” Campana said. “But we also didn’t exacerbate it — and to not see increased pain is important safety information for clinical translation to improve motor outcomes. We also don’t want worsen the pain burden of patients living with spinal cord injuries.”

One limitation of this spinal cord injury model is that the rats don’t live long enough to truly recapitulate what for humans is a long-term condition, or long enough to measure potential changes in gene expression over time. But it is currently the best available non-human primate model for the human situation, Campana said.

While Campana’s work may be many years away from testing in patients, her approach has two potential advantages compared to other studies: 1) the use of induced pluripotent stem cells means a patient’s own cells would be the source of treatment, rather than a transplant of donated cells from another person, and 2) tPA is already approved by the U.S. Food and Drug Administration (FDA) for use in humans.

The team next plans to dive into what, exactly, modified tPA does to neural progenitor cells on a molecular level that stimulates their growth and allows them to help repair spinal cord injuries.

Meanwhile, other UC San Diego School of Medicine researchers are testing other approaches to treating spinal cord injuries with stem cells in clinical trials. For example, in June 2018, a team reported https://health.ucsd.edu/news/releases/Pages/2018-06-01-stem-cell-based-phase-I-trial-to-repair-spinal-cord-injuries-produces-encouraging-results.aspx that a first-in-human phase I clinical trial in which neural stem cells were transplanted into participants with chronic spinal cord injuries produced measurable improvement in three of four subjects, with no serious adverse effects.

There are currently an estimated 291,000 people living with a spinal cord injury in the U.S. and approximately 17,730 new cases each year, according to 2019 statistics provided by the National Spinal Cord Injury Statistic Center at the University of Alabama at Birmingham. There is no way to reverse damage to the spinal cord. There are no FDA-approved stem cell-based therapies available for spinal cord injuries. Depending on the type and severity of the injury, spinal cord injuries are currently managed — and further injury prevented — with a combination of surgery, medications to manage pain, rehabilitation and assistive devices.

Disclosure: Co-author Alysson Muotri, PhD, is a co-founder and has equity interest in TISMOO, a company dedicated to genetic analysis focusing on therapeutic applications customized for autism spectrum disorder and other neurological disorders with genetic origins. The terms of this arrangement have been reviewed and approved by the University of California San Diego in accordance with its conflict of interest policies.