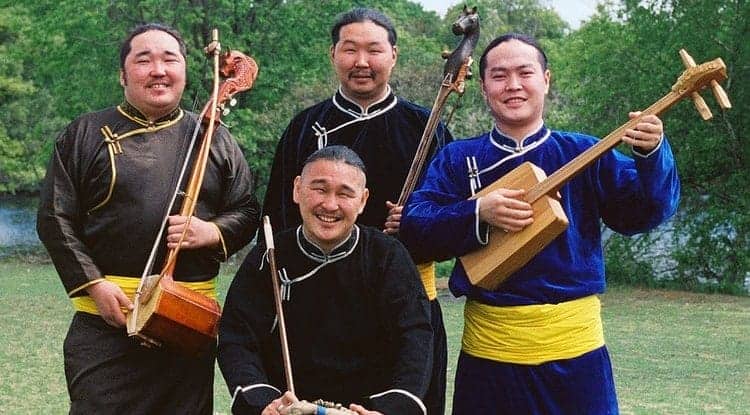 Researchers have solved the mystery of how Tuvan throat singers produce what sounds like two different pitches at once – a low rumble and a high whistle-like tone.

Tuvan throat singing, called Khoomei, originated in central Asia and has been practiced for generations. Fascinated with how this form of throat singing creates dual tones, scientists studied members of the Tuvan performing group Huun Huur Tu to see firsthand how the singers do it.

“They can produce two different pitches, which goes against the typical way we think about how speech sounds are produced,” said lead study author and University of Arizona alumnus Christopher Bergevin, who is now at York University. “It was a bit of a mystery how they did it and it’s something researchers have wondered about for the last two decades.”

The researchers’ findings are published in the journal eLife.

Study co-author Brad Story, a professor in the UArizona Department of Speech, Language and Hearing Sciences, is an expert on the physics of sound production in speech and singing, and he developed a computer model to simulate what happens in the throats of the Tuvan throat singers.

To figure out the mechanisms involved, researchers recorded the singers in a sound booth and shot a series of images of one the Tuvan performers singing while in an MRI scanner. Those images were sent to a co-author at Western University, who helped reconstruct the vocal tract shape, as well as Story, who modeled and simulated the singing.

“These singers are using their vocal tracts like musical instruments,” Story said. “We found two locations (involved in throat singing) – one just behind the upper teeth using their tongue and another in the area of near the back of the mouth that turns into the throat.”

In normal speaking, “we adjust our pitch, we change our loudness or amplitude, and we extend the vowels,” said York University co-author Chandan Narayan. “What is interesting about this type of throat singing is that it does something different. It’s a highly unusual sound that you don’t hear in other forms of singing.”

Birds and some frogs can produce two distinct tones, but the Russian republic of Tuva, located in central Asia, is one of only a few locations where throat singing is practiced by humans.

“The question becomes, why are there two pitches heard when Tuvan singers sing? They don’t have two sets of vocal cords,” Narayan said.

In humans, vocal folds make sound by vibrating creating a buzzing noise. How fast or slow the vocal cords vibrate determines whether a high- or low-pitched sound is produced. The faster they vibrate, the higher the pitch of the voice. But they also produce a series of harmonics or “overtones.” The mouth and tongue shape theses overtones, creating resonances at certain frequencies called formants. Vowels in human speech are determined by the first three formants – F1, F2 and F3.

Each formant is usually distinct, but Tuvan singers can merge multiple formants to create one exceedingly sharpened formant.

“The Tuvans are able to make this sound through such precise control of their vocal track that they can kind of tease these things out and create simultaneously sounds. One of the things that’s so remarkable about it is that it doesn’t sound like any human could do this, to have that degree of motor control,” Bergevin said.

“Potentially anyone could learn to do this,” Story said, “but it takes a lot of practice.”