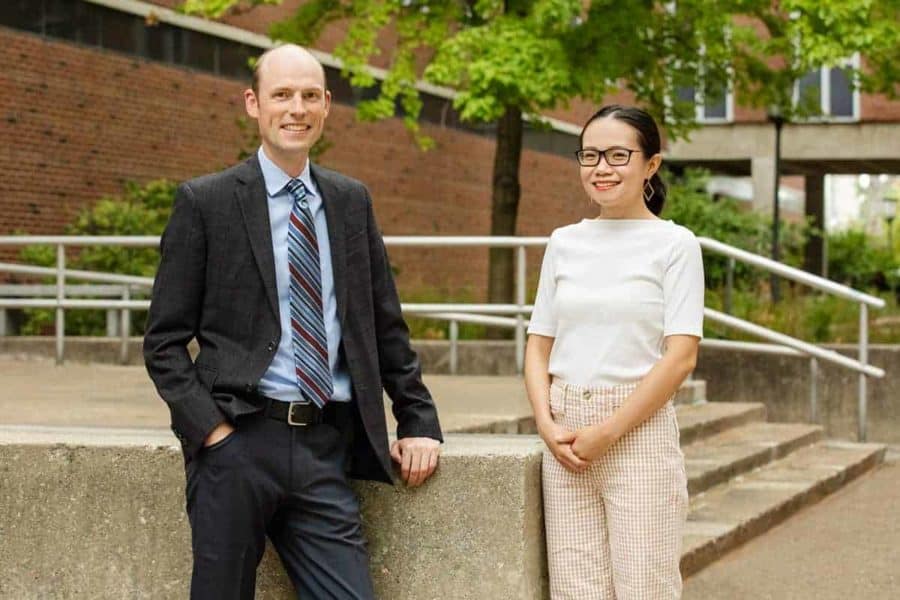 In breast cancer tumors, a molecule produced when the body breaks down cholesterol hijacks the myeloid immune cells that normally arm T cells to fight cancer, a new study in mice found. Instead, the hijacked myeloid cells disarm the T cells and even tell them to self-destruct.

By inhibiting the enzymes that make that molecule, researchers slowed the cancer’s progression and boosted the efficacy of immune therapy in the mice.

“Metastatic breast cancer is very difficult to treat in the clinic. Immune therapy works remarkably well for certain cancers – melanoma, for example – and can even provide a curative therapy. But in breast cancer, that is just not the case,” said study leader Erik Nelson, a professor of molecular and integrative physiology at the University of Illinois, Urbana-Champaign.

“This study provides strong evidence that we can leverage the cholesterol metabolic system to improve immune therapy in our fight against breast cancer.”

Cholesterol has long been associated with breast cancer metastasis, the spreading of the tumor to other tissues. In previous work, Nelson’s group found that a molecule named 27HC, which is produced during cholesterol metabolism, promotes breast cancer’s progression, but left unanswered the question of how.

The new study identifies the ways that 27HC acts upon the immune system to allow breast cancer to spread more aggressively. Furthermore, the results could help explain why T-cell-based immune therapies, such as checkpoint inhibitors or CAR-T, have limited effects on breast cancer.

As reported in the journal Cancer Letters, the Illinois team found that 27HC acts on macrophages, a subpopulation of myeloid immune cells that normally would find pathogens such as cancer and present them to T cells – the immune cells that fight cancer – to arm them against the threat.

“Instead, we found that macrophages that have been conditioned with 27HC hinder T-cell activity, preventing their normal immune response against the threat. Furthermore, after T cells talk to these macrophages, they self-destruct and die faster,” said graduate student Liqian Ma, the first author of the study.

“Therapeutically speaking, T cells are very important. But this study illustrates how other immune cells – macrophages, in this example – are worth our attention for progressing cancer therapeutics.”

After identifying the ways 27HC subverts the immune system, the researchers used a drug candidate to inhibit the enzymes that make 27HC during cholesterol metabolism in macrophages. Mice given the inhibitor had slower cancer progression in both the primary tumor and in metastasis, indicating that the enzyme could be a good target for pharmaceutical development.

In another mouse experiment, the researchers performed an adoptive T-cell transfer, which is similar to CAR-T immune therapy in humans.

“In mice missing the gene for the enzyme that makes 27HC, we saw improved efficacy for the T-cell treatment,” Nelson said. “Our data provide support for an emerging field where we target these other populations of myeloid cells in combination with the T cells to synergistically improve efficacy.”

Next, the researchers hope to verify their results in human cells and tissues and to work with collaborators to develop more active inhibitor molecules for possible pharmaceutical development.