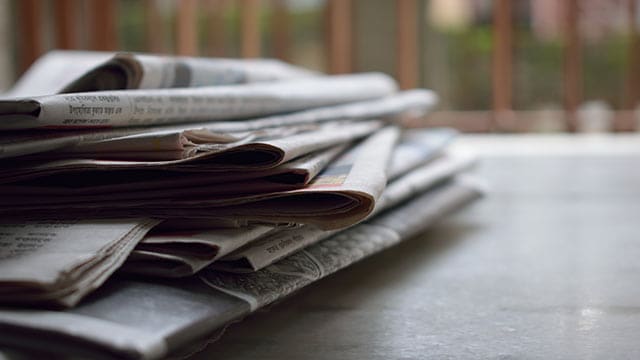 Using the model, the researchers seek to understand how populations change their opinions when exposed to political content, such as news media, campaign ads and ordinary personal exchanges. The math-based framework is flexible, allowing future data to be incorporated as it becomes available.

“It’s really powerful to understand how people are influenced by the content that they see,” said David Sabin-Miller, a Northwestern graduate student who led the study. “It could help us understand how populations become polarized, which would be hugely beneficial.”

“Quantitative models like this allow us to run computational experiments,” added Northwestern’s Daniel Abrams, the study’s senior author. “We could simulate how various interventions might help fix extreme polarization to promote consensus.”

The paper will be published on Thursday (Oct. 1) in the journal Physical Review Research.

Abrams is an associate professor of engineering sciences and applied mathematics in Northwestern’s McCormick School of Engineering. Sabin-Miller is a graduate student in Abrams’ laboratory.

Researchers have been modeling social behavior for hundreds of years. But most modern quantitative models rely on network science, which simulates person-to-person human interactions.

The Northwestern team takes a different, but complementary, approach. They break down all interactions into perceptions and reactions. A perception takes into account how people perceive a politicized experience based on their current ideology. A far-right Republican, for example, likely will perceive the same experience differently than a far-left Democrat.

After perceiving new ideas or information, people might change their opinions based on three established psychological effects: attraction/repulsion, tribalism and perceptual filtering. Northwestern’s quantitative model incorporates all three of these and examines their impact.

“Typically, ideas that are similar to your beliefs can be convincing or attractive,” Sabin-Miller said. “But once ideas go past a discomfort point, people start rejecting what they see or hear. We call this the ‘repulsion distance,’ and we are trying to define that limit through modeling.”

People also react differently depending on whether or not the new idea or information comes from a trusted source. Known as tribalism, people tend to give the benefit of the doubt to a perceived ally. In perceptual filtering, people — either knowingly through direct decisions or unknowingly through algorithms that curate content — determine what content they see.

“Perceptual filtering is the ‘media bubble’ that people talk about,” Abrams explained. “You’re more likely to see things that are consistent with your existing beliefs.”

Abrams and Sabin-Miller liken their new model to thermodynamics in physics — treating individual people like gas molecules that distribute around a room.

“Thermodynamics does not focus on individual particles but the average of a whole system, which includes many, many particles,” Abrams said. “We hope to do the same thing with political opinions. Even though we can’t say how or when one individual’s opinion might change, we can look at how the whole population changes, on average.”