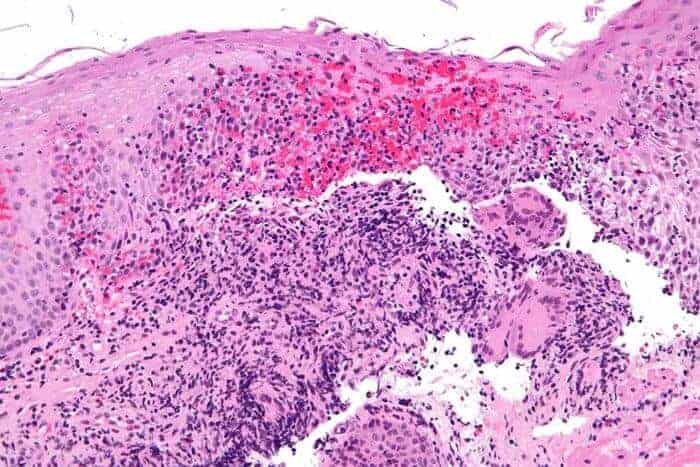 “The idea with this treatment is to restore the normal function of the protective bacteria in the gut, targeting the source of IBD, instead of treating its symptoms with traditional immunosuppressants that can cause side effects like infections or tumors,” Sartor said.

The live bacteria consortia, called GUT-103 and GUT-108, were developed by biotech firm Gusto Global. GUT-103 is comprised of 17 strains of bacteria that work together to protect and feed each other. GUT-108 is a refined version of GUT-103, using 11 human isolates related to the 17 strains. These combinations permit the bacteria to stay in the colon for an extended amount of time, as opposed to other probiotics that are not capable of living in the gut and pass through the system quickly.

GUT-103 and GUT-108 were given orally three times a week to “germ-free” mice (no bacteria present) that had been specially developed and treated with specific human bacteria, creating a humanized mouse model. The therapeutic bacteria consortia worked by addressing upstream targets, rather than targeting a single cytokine to block downstream inflammation responses, and reversed established inflammation.

Because of the robust results seen in this study, and the need for more alternative therapies for Crohn’s disease, Sartor would like to see GUT-103 and GUT-108 studied in Phase 1 and 2 clinical trials in the future. He plans to continue his work with Gusto Global to further explore uses of the bacterial consortia.

This work was funded by Gusto Global, LLC. Daniel Van der Lelie, PhD, Chief Executive Officer of Gusto Global, is the first author of this study. Germ-free mice were provided by grants from the National Institutes of Health (NIH) and the Crohn’s and Colitis Foundation.