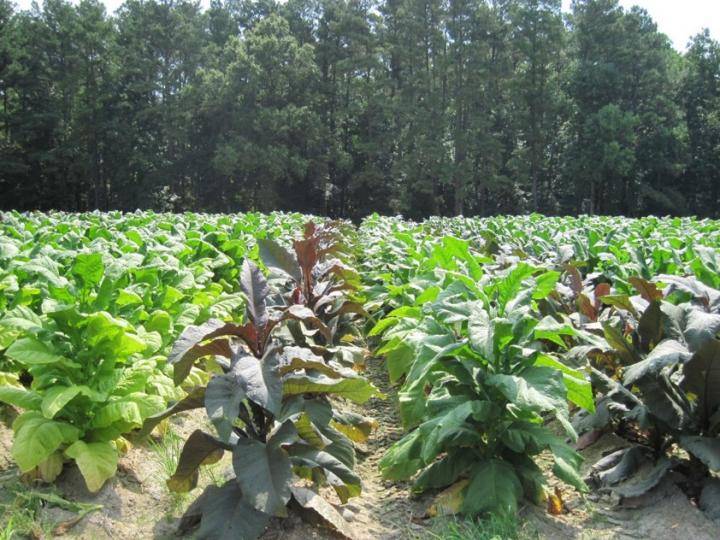 North Carolina State University researchers have developed a new technique that can alter plant metabolism. Tested in tobacco plants, the technique showed that it could reduce harmful chemical compounds, including some that are carcinogenic. The findings could be used to improve the health benefits of crops.

“A number of techniques can be used to successfully reduce specific chemical compounds, or alkaloids, in plants such as tobacco, but research has shown that some of these techniques can increase other harmful chemical compounds while reducing the target compound,” said De-Yu Xie, professor of plant and microbial biology at NC State and the corresponding author of a paper describing the research. “Our technology reduced a number of harmful compounds – including the addictive nicotine, the carcinogenic N-nitrosonornicotine (NNN), and other tobacco-specific nitrosamines (TSNAs) – simultaneously without detrimental effects to the plant.”

“PAP1 regulates pigmentation, so tobacco plants with our overexpressed PAP1 genes are red,” Xie said. “We screened plant DNAs and found that tobacco has PAP1- and TT8-favored regulatory elements near JAZ genes, which repress nicotine biosynthesis. We then proposed that these elements were appropriate tools for a test. In all, we found four JAZ genes activated in red tobacco plants with a designed PAP1 and TT8 cassette overexpressed.”

Xie and his colleagues tested the hypothesis by examining tobacco plants in the greenhouse and in the field and showed the reductions of harmful chemical compounds and nicotine in both types of experiments. NNN levels were reduced from 63 to 79% in leaves from tobacco plants that had PAP1 and TT8 overexpressed, for example. Overall, four carcinogenic TSNAs were significantly reduced by the technique.

Xie believes that the technique holds the potential to be used in other crop plants to promote other beneficial traits and make some foods healthier.

The paper appears in Journal of Advanced Research. Research associate Mingzhu Li is a first author of the paper. Former postdoctoral fellows Xianzhi He and Christophe La Hovary are co-first authors. The research was supported by the R.J. Reynolds Tobacco Co.