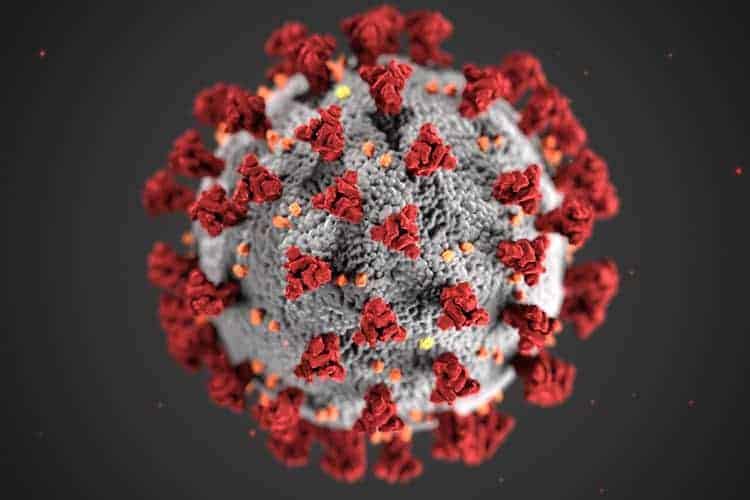 In a viral infection, what’s the signal from the virus that alerts the immune system to produce protective neutralizing antibodies?

That’s a big question that scientists seek to answer when trying to understand disease or develop drugs to treat or vaccinate against COVID-19 and other viruses.

“The answer to this question is not simple,” said Wei Cheng, associate professor at the University of Michigan College of Pharmacy. “Most infectious viral agents identified to date are made of complex assemblies of proteins and nucleic acids, along with other constituents that are important for viral fitness and used by viruses to their advantage for replication and proliferation in the infected host.”

To that end, Cheng’s lab developed a simple, synthetic structure that mimics the surface of SARS-CoV-2, that when injected into mice, mounted a robust protective antibody response to SARS-CoV-2, without the need of any other disease fighting agents, called adjuvants. The findings appear in the journal Bioconjugate Chemistry and were featured as an ACS Editors’ Choice. Co-authors are Wei-Yun Wholey, senior staff member, and doctoral student Sekou-Tidiane Yoda.

“This question of what signals an immune response is important for rational design of vaccines and also important for understanding the early events in a viral infection that could be targeted for therapeutic intervention,” Cheng said. “What this result implies is that an ordered assembly of the viral entry protein is all that is needed to initiate an antiviral response. The detailed molecular mechanisms behind this phenomenon remain unclear, but this study made an interesting step forward in our understanding toward viral immunogenicity.”

The mimetic of the viral surface made in Cheng’s lab is unable to replicate or infect, so it is much safer than working with live viruses in the lab, Cheng said. The technology uses a small bit of the SARS-CoV-2 spike protein, called the receptor binding domain. This is the so-called “key” that when bound to receptors on our cells—the lock—starts a molecular cascade of events that allows the virus to infect the cell.

Wholey and Yoda purified the protein and then “decorated” the surface of a fat droplet with the material. They oriented the protein in a specific way designed to mimic the spike surface of SARS-CoV-2. Purifying the protein is important because eliminating unnecessary materials makes it easier for scientists to identify specifically what caused the immune response, Cheng said.

They then injected the protein-decorated fat droplet into mice. Even without the addition of other adjuvants, or disease-fighting agents, into the fat droplet, a robust protective antibody response was mounted.

“The efficacy was very surprising,” Cheng said. “What made this result interesting is that Wholey and Yoda only included one protein from the virus. The fat droplet is actually a structure that is found almost everywhere in and outside our cells.”

Unlike other work in the field, the Cheng team did not include other immunostimulatory molecules such as adjuvants in their experiments, the inclusion of which would make study of the causality more difficult. This also suggests that a simple ingredient could result in potent immune responses that are needed for vaccines.