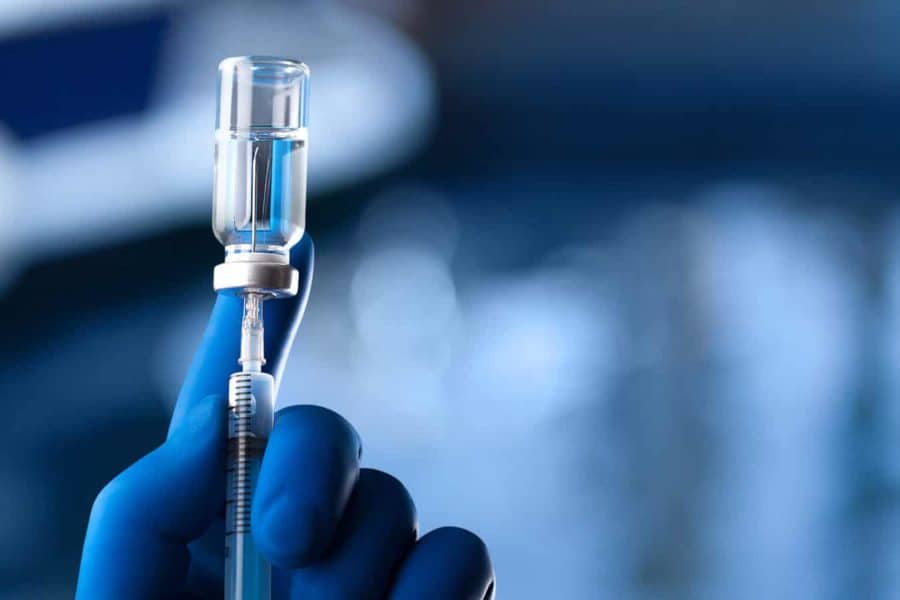 The hands in blue glove of the scientist hold the processor

Antibodies against the SARS-CoV-2 spike protein produced by the immune system can help identify and fend off future infections, but not all antibodies are the same. People who either recovered from COVID-19 early in the pandemic or received a current vaccine may not be able to fend off new and emerging variants.

But, this week in mBio, an open-access journal of the American Society for Microbiology, researchers report that the combination of the 2 can produce a more potent defense. According to the study, people who’ve had an infection and received a vaccine have high-quality antibodies that act against spike variants—and more effectively than either group alone.

“It shows that antibody quality can improve over time, and not just quantity,” said immunologist and physician Otto Yang, M.D., at the David Geffen School of Medicine at the University of California Los Angeles. Finding the optimal mix of antibodies could help guide future preventive efforts. “It fits into understanding what the optimal vaccination regimen is,” said Yang, who led the new study.

The pandemic continues to propagate, in part, because as the coronavirus spike protein evolves—which helps the virus infiltrate a host cell—new variants emerge that help the infection spread more easily from person-to-person. As a result, antibodies that a person developed after an early infection or after vaccination may not adequately protect the body from these newer emerging variants.

An area of the spike protein called the receptor binding domain, or RBD, enables the virus to invade a host cell. This region is also a critical target for antibodies, but random mutations in the RBD mean it’s an ever-changing target. In the new study, Yang and his colleagues compared anti-RBD antibodies in the blood of participants to the ability of the antibodies to neutralize the virus.

In uninfected patients who had received 1 of 2 COVID-19 vaccines, the researchers found antibodies that were less effective against mutations in the new variants (like Beta or Gamma) than they were against the original genetic sequence encoded in the vaccine. Similarly, when the researchers analyzed blood samples from people who’d been infected with the coronavirus before May 2020—before the first confirmation of variants—had reduced potency against newer variants compared to the original. These findings suggest that both mild infection and vaccination produce antibodies that still leave a person vulnerable to new variants.

But the results differed dramatically for individuals who’d been infected before May 2020 and, a year later, been vaccinated. In these prior-infected, vaccinated individuals, the researchers found antibodies that were unchanged in efficacy against the original sequence—but just as potent against new variants. Yang said those results align with similar findings by other groups, published earlier this year, that also show high-quality antibodies in people who’d been infected and vaccinated.

“We might have predicted that antibodies would continue to evolve and get better with multiple exposures,” said Yang, “but we didn’t expect it to happen that fast.”

Studies like this one showing how antibodies change in quality could help researchers improve the implementation of vaccines and boosters—not only for COVID-19 but for the next pathogen that comes along, said Yang.