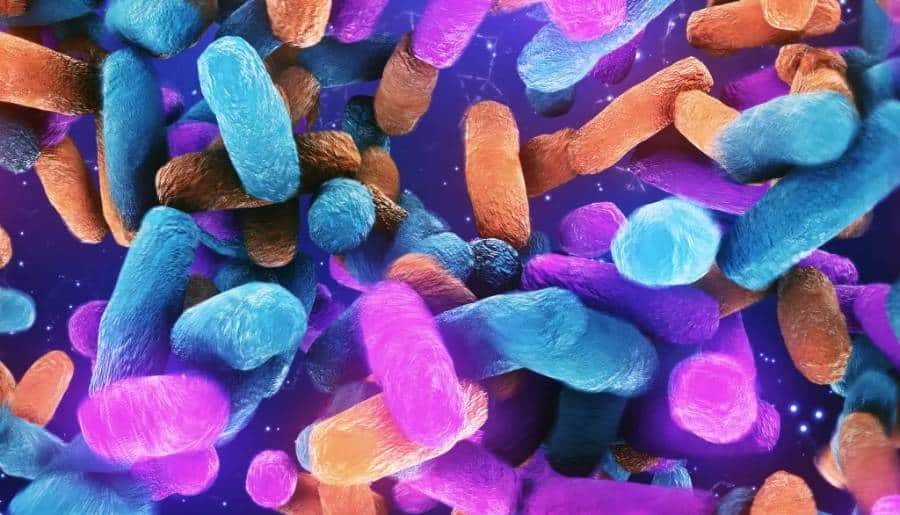 An international research team has established a link between gut microbiota and chronic inflammatory diseases such as arthritis. The team led by Éric Boilard of Université Laval has discovered that a protein naturally present in the gut acts on the microbiota and causes the formation of molecules that exacerbate the symptoms of these diseases. The details of this finding are published today in the Journal of Clinical Investigation – Insight.

The protein in question, phospholipase A2-IIA, was discovered several years ago in the fluid that surrounds the joints of people with arthritis according to Dr. Boilard, a professor in the Faculty of Medicine at Université Laval and a researcher at CHU de Québec–Université Laval Research Centre. The protein was subsequently detected elsewhere in the body, notably in the gut where it is produced in abundance.

“It took a long time before we realized that it exhibits antibacterial activity,” said Dr. Boilard. “The protein interacts little with the membrane of human cells, but it has high affinity for bacterial membranes. It binds to these membranes and splits them, releasing small molecules such as fatty acids.”

To study the effect of this protein on gut microbiota, researchers used a line of transgenic mice. “These mice have the human gene that codes for phospholipase A2-IIA,” explained the researcher. “As they age, they spontaneously develop manifestations of chronic systemic inflammation.”

Experiments on these mice revealed that phospholipase alters the profile of bacterial lipids that end up in the gut. “By releasing fatty acids from the bacterial membranes, the protein produces proinflammatory lipids that exacerbate chronic inflammation and increase the severity of arthritis symptoms in these mice,” summed up Dr. Boilard.

In another article published simultaneously in the Journal of Clinical Investigation – Insight, Japanese researchers led by Makoto Murakami of the University of Tokyo demonstrated that the action of phospholipase on the gut microbiota of mice also affects psoriasis, another inflammatory disease, as well as skin cancer. “Three years ago, we realized that our respective teams were on the same track,” said Dr. Boilard. “We agreed to work together to shed light on this new lead.”

These breakthroughs could have therapeutic implications, he says. “The work of both teams suggests that local inhibition of phospholipase may alleviate the inflammatory process that exacerbates certain diseases. It also suggests that blocking the bacterial proinflammatory lipids produced in the gut by this protein could reduce symptoms in people with systemic inflammatory diseases. The next step in our work is to test these ideas in patients with arthritis.”

The study led by Dr. Boilard is the result of a collaborative effort between 22 researchers from Université Laval, Japan, France, and the United States. The first author is Etienne Doré, a doctoral student researcher in Université Laval’s Faculty of Medicine and a recipient of an award from The Arthritis Society.