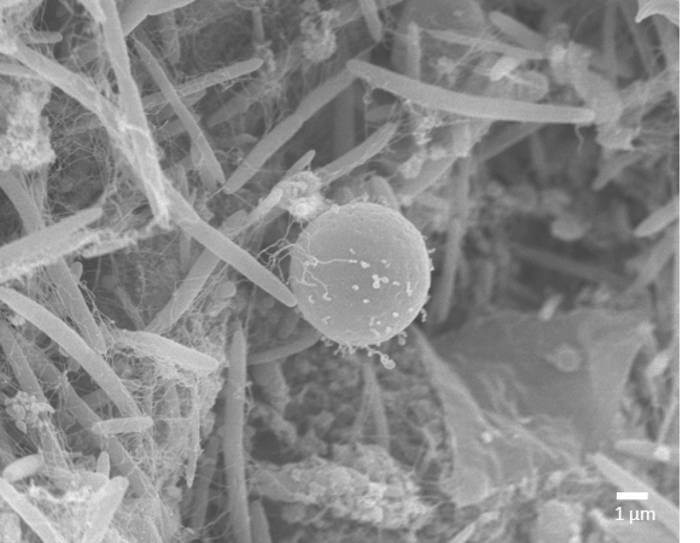 The human gut—or gastrointestinal system—where food is broken down into nutrients for the body, is an ecosystem that harbours thousands of bacteria species, whose interactions determine its health and susceptibility to diseases. While some microorganisms are harmful, many are beneficial and help keep the human body in good health. It is largely accepted that the more diverse the species of bacteria, the greater capacity the gut has in regulating its health and combating diseases.

Higher levels of certain types of bacteria, or parasites, can result in an unhealthy gut, which causes conditions like inflammation disorders, irritable bowel syndrome, stomach cramps, bloating, diarrhoea, and constipation. However, in a study conducted by researchers from the NUS Yong Loo Lin School of Medicine (NUS Medicine), a common parasite that inhabits the gastrointestinal tracts of humans, Blastocystis subtype (ST) 4, was found to be associated with benefits for the gut.

Led by research fellows Dr Deng Lei, Dr Png Chin Wen and Dr Lukasz Wojciech from the Department of Microbiology and Immunology at NUS Medicine, the study showed that the parasite suppresses inflammation in the gut and displays properties of probiotics that keep the gut healthy. Published in the journal Cellular and Molecular Life Sciences, the series of experiments found that the parasite stabilised the bacteria ecosystem in the gut of laboratory models, and promoted quicker recovery from inflammation.

Dr Deng Lei, one of the authors of the study, said, “When one thinks of parasites, we do not normally associate them as beneficial organisms. However, the study proved that Blastocystis ST4 is not a pathogen, but could in fact promote better health of the gut.”

The ability of Blastocystis ST4 in restructuring the state of the gut into a healthy composition of microorganisms could be a result of its ability to increase the types of bacteria that produce beneficial molecules, as well as increase immune cells that dampen inflammation. The findings of the study suggest that the detection of the parasite may in fact be linked to the presence of a healthy gut, and the microorganism could potentially be translated into probiotics to treat inflammation in patients.

Dr Png Chin Wen, another author of the study, added, “Our data indicates that Blastocystis ST4 behaves like an ‘ecosystem engineer’ that helps keep the bacterial environment of the gut diverse and versatile, to better combat potential diseases that may arise.”

“The common view of bacteria is that they are either good or bad. However, interactions between bacteria and the human body evolve over time, and the key is finding a balance that can cultivate a healthy environment for the gut,” said Dr Lukasz Wojciech, a co-author of the study.

While Blastocystis ST4 is shown to have beneficial properties, not all the subtypes of Blastocystis necessarily behave the same way, added the researchers. As found in an earlier study, a team from the School proved that another subtype could be harmful to the gut. Clinically, it is key for further studies to investigate the behaviour of the microorganism’s various subtypes, for a more complete assessment of their respective implications.