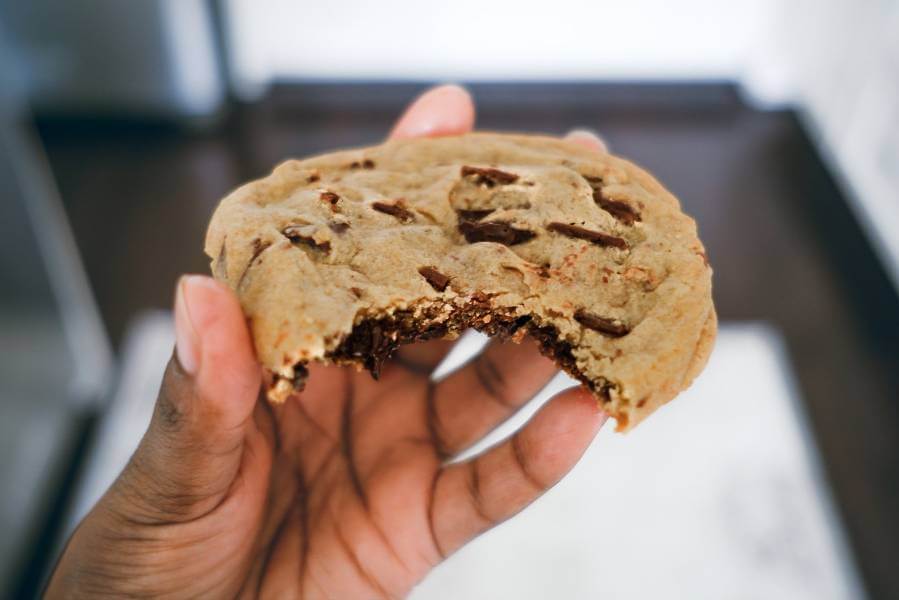 In a series of 10 studies, researchers found that people don’t like science being invoked to market products that bring pleasure, like cookies. Instead, consumers see science as more appropriate for selling utilitarian goods for which scientific research has created a better product.

The issue has to do with how the lay public views science and scientists, said Rebecca Reczek, co-author of the study and professor of marketing at The Ohio State University’s Fisher College of Business.

“People see science as cold, but competent. That doesn’t pair well with products designed to be warm and pleasurable to consumers,” Reczek said.

“But the cold competence of science is seen as perfectly appropriate to sell practical products that serve a utilitarian purpose.”

Reczek conducted the study with Aviva Philipp-Muller, a recent graduate from Ohio State’s doctoral program in social psychology. Their findings were published recently in the Journal of Consumer Research.

In one study, the researchers had 511 college students from two universities come into a lab to taste test chocolate chip cookies.  All were presented a menu with three cookie choices – Option A, B and C – that were described in different terms. They selected one of the options, which they then got to actually taste.

Results showed that using the science appeal decreased the likelihood that participants would choose Option A by 30%.

In one study, the researchers presented participants with what they said was a new body wash and asked them how likely they were to purchase it.  When participants were told that the lather will “immerse your senses in an indulgent experience” they were less likely to say they would buy it if it were marketed as a science-based product.

But they were more likely to say they would buy the same body wash based on the science appeal if they were told the lather will “wash away odor-causing bacteria.”

“When practicality and science are paired together, that makes sense to consumers,” Philipp-Muller said.

The researchers took a closer look at this disconnect between science and pleasurable products.

Participants in one study rated marketing slogans for an indulgent smoothie brand as “disjointed” if it mentioned the smoothie’s “rigorous scientific development process.” They were also more likely to say “something seemed weird about the slogan.”

“When pleasure and science are paired together, that feels disjointed to consumers and they aren’t interested in those kinds of products,” Philipp-Muller said. “It seems weird to have the coldness of science try to sell you something pleasurable.”

But not everyone thinks scientists are cold and aloof.  One study found that participants who worked in a STEM field (science, technology, engineering and math) didn’t feel scientists were cold and aloof and also didn’t mind scientific appeals for pleasurable products.

Another group of people who were fine with science being used to sell pleasurable products were those who said they had a high degree of trust in scientists, Reczek said.

And that points to another way to make science a more acceptable way to market pleasurable and indulgent products.

“We could update people’s beliefs about science and scientists. We could let them know that scientists can be warm and friendly,” Reczek said.

And people can be reminded that science is not just used in utilitarian and tech products, Philipp-Muller said. “Science is in your yogurt and your cookies and in your shampoo, as well,” she said. “People just don’t know it.”

Reczek said the findings have implications beyond marketing.

“The fact that consumers have stereotypes about science and scientists may be a barrier to accepting science, whether it is products or scientific findings,” she said.

“People need a more realistic view of what scientists are really like and how science is a part of our everyday lives, including many of the products we use.”