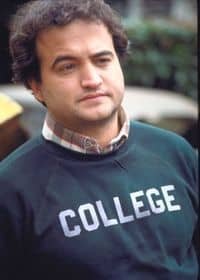 The fear of missing out (FoMO) on rewarding and fun experiences is something that most people feel at some point in life. Among college students, the degree to which someone experiences FoMO is associated with their risk of participating in maladaptive behaviors including academic misconduct, drug and alcohol use, and breaking the law, according to a new study published this week in the open-access journal PLOS ONE by Paul McKee of Southern Connecticut State University, USA, and colleagues.

For many students, college is a major transition that can facilitate either psychological growth or maladaptive behaviors and psychological problems. Previous studies have found an association between FoMO and disruptive/harmful social media use. A greater understanding of how FoMO influences individual behavior is important to reducing FoMO’s negative influence.

For the new study, 472 college students completed a hard copy questionnaire packet assessing FoMO levels, unethical and illegal behavior while in college, and demographic variables. The researchers analyzed this data both by using standard statistical approaches and by applying a supervised machine learning approach.

With the first analysis approach, the team discovered associations between FoMO and nearly all the behaviors they examined. Higher levels of FoMO were found to be correlated with higher rates of classroom incivility (p<0.001), plagiarism (p=0.003), greater weekly alcohol consumption (p<0.001), lower age when beginning drinking alcohol, increased use of cannabis (p=0.007), stimulants (p<0.001), depressants (p<0.001) and hallucinogens, as well as illegal activities including giving away drugs (p<0.001) and stealing (p<0.001). The machine learning algorithm found similar associations and highlighted the modifying effect of living situation, socioeconomic status and gender on several of the relationships.

The authors suggest that brief FoMO assessments, including just 10 questions, may be valuable risk prediction tools for counselors focused on assisting students in the transition to college or university.

The authors add: “Using Fear of Missing Out (FoMO) and demographic information, we were able to predict class membership (offender/user vs non-offender/non-user) of college students across multiple domains (alcohol and drug use, academic misconduct, illegal behavior) well above baseline (e.g., 50% at baseline vs 87% for academic misconduct). These results suggest that FoMO exists not just as an aversive phenomenon, but it also leads to concrete consequences for individuals and society.”

This project was generously supported by the Dr. Marjy Ehmer Fund, of the psychology department at Southern Connecticut State University, awarded to PCM and CJB. The funders had no role in study design, data collection and analysis, decision to publish, or preparation of the manuscript.