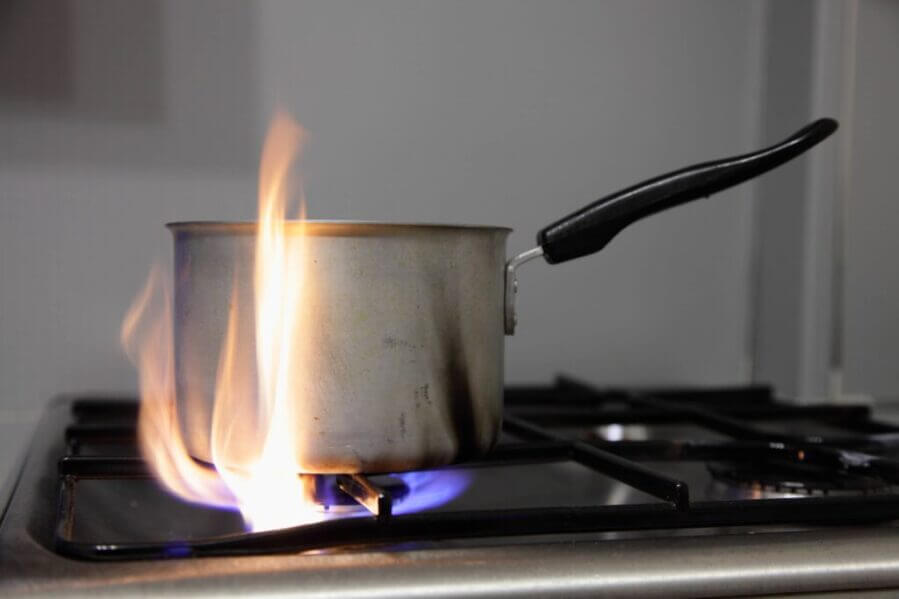 Who could have predicted that gas stoves would be the latest hot topic to ignite the nation’s culture wars?

But here we are, watching as members of Congress post on social media that no one will take their gas stoves unless it is from their “cold dead hands.”

It started last month, when a member ofthe nation’s Consumer Product Safety Commission (CPSC), Richard L. Trumka, said the agency will consider regulating indoor air pollution from gas stoves, starting with a request for public comment. He followed up last week by saying in an interview that he had not ruled out banning them.

The ensuing firestorm over the common household appliances — used in 40 million American homes — prompted the chair of the agency to publicly clarify that he isn’t seeking to ban gas stoves and further, that the agency “has no proceeding to do so.”

But the controversy continues, with The Wall Street Journal editorial board recently opining: “When [progressives] can’t win the political debate, they resort to brute government force. They really are coming for your stove.”

The residential sector accounts for 15% of total U.S. natural gas consumption, says Matthew Kahn, director of the Healthcare Markets Initiative at the USC Schaeffer Center, a partner institute of the USC Sol Price School of Public Policy. He is also provost professor of economics and spatial sciences at the USC Dornsife College.

“I actually think it’s small potatoes – one of one thousand things we need to do to mitigate climate change,” says Kahn, whose research focuses on urban and environmental economics.

He believes the more compelling argument for phasing out gas stoves can be found in new research linking natural gas use to public health risks.

Kahn is inspired by Kirk Smith, professor of global environmental health at UC Berkeley who pioneered indoor air quality research showing that millions of people in developing countries die each year from exposure to smoke from cooking and heating fuels like wood, charcoal, coal and dung.

“[Smith’s] research convinced me that we have to figure out how to move people in India up the income ladder so they can use natural gas and not these dirty fuels,” says Kahn. “Now, environmental science is making progress and we’ve learned that natural gas is dirtier than we thought.”

“I have a gas stove; my son’s bedroom was above our kitchen. What were we exposing him to as we cooked?” he asked.

Evidence is building about the potential health hazards of gas stoves. A new study in the International Journal of Environmental Research and Public Health estimates that 12.7 percent of childhood asthma is attributable to living in a household with a gas stove. Earlier research suggested that children living in a home with gas cooking have a 42% increased risk of asthma.

“People typically spend the majority of their time indoors, and while understudied, indoor air quality plays an important role in our health,” says Jill Johnston, an associate professor at the Keck School of Medicine of USC whose research focuses on exposures to harmful contaminants that affect the health of working poor and communities of color.

Johnston says gas stoves emit harmful pollution such as nitrogen dioxide and particulate matter, which can irritate the lungs and exacerbate asthma symptoms.

“Environmental justice organizations have long recognized the health hazards due to extraction and combustion of gas,” she says. “Electrification of stoves is poised to offer significant health benefits, especially for children and other vulnerable populations.”

California is the state with the highest percentage of households – 70 percent – using natural gas for cooking. While a federal ban on gas stoves may not be imminent, the Los Angeles City Council voted in May 2022 to ban most gas appliances in new construction in the city. L.A. joins a growing list of cities to take this step, including New York City, which passed a ban on gas hookups in new buildings in 2021.

Kahn, the economist, isn’t convinced a ban on gas stoves in new buildings will help those who suffer the most from bad indoor air quality.

“Poor people are going to continue to live in older, cheaper housing built before the regulatory change,” he says. “If our goal is to help poor people contend with less indoor air pollution, this new rule won’t do much to help – unless they can be nudged through other incentives to upgrade their appliances.”

New incentives can be found in the 2022 Inflation Reduction Act, which allows consumers to claim a rebate of up to $840 on a new electric cooking appliance and up to an additional $500 to help cover the costs of converting from natural gas to electric.

Americans might need more convincing before they ditch their gas stoves

“When we enjoy products every day without experiencing direct negative consequences, it may seem that they are harmless,” observes Wändi Bruine de Bruin, an expert on risk perception and communication and provost professor of public policy, psychology, and behavioral science at the USC Price School.

She says it can take decades to change those perceptions, pointing to the dangers of smoking as one example.

Wei notes that a 2022 survey conducted by the U.S. Public Interest Research Group (PIRG) Education Fund and the Sierra Club found nearly three-quarters of consumers did not receive any information regarding potential pollution and health risks associated with gas stoves when they purchased the stoves from retailers. Two-thirds of consumers were not told of the need for good ventilation when using gas stoves.

A better understanding of both the risks of gas stoves and the benefits of newer electric technology will be the key, says USC chief sustainability officer Mick Dalrymple, who believes induction cooktops will eventually win consumers over. Ticking off the benefits, he says: “Induction cooktops are three times as efficient as gas, they cook faster, are more controllable, are easier to clean, are healthier, reduce the heat in your kitchen, and are safer.”

“They’re simply better technology overall while also addressing the climate crisis,” he continues. “If you conducted a poll, I believe you would find that, like drivers of electric vehicles, once people experience induction cooking, very few are likely to look back.”