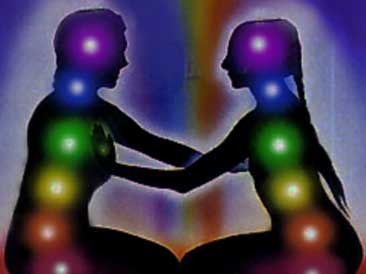 Researchers in Spain have found that many of the individuals claiming to see the aura of people –traditionally called “healers” or “quacks”– actually present the neuropsychological phenomenon known as “synesthesia” (specifically, “emotional synesthesia”).

This might be a scientific explanation of their alleged “virtue”. In synesthetes, the brain regions responsible for the processing of each type of sensory stimuli are intensely interconnected. This way, synesthetes can see or taste a sound, feel a taste, or associate people with a particular color.

The study was conducted by the University of Granada Department of Experimental Psychology Óscar Iborra, Luis Pastor and Emilio Gómez Milán, and has been published in the prestigious journal Consciousness and Cognition. This is the first time that a scientific explanation is provided on the esoteric phenomenon of the aura, a supposed energy field of luminous radiation surrounding a person as a halo, which is imperceptible to most human beings.

In neurological terms, synesthesia is due to cross-wiring in the brain of some people (synesthetes); in other words, synesthetes present more synaptic connections than “normal” people. “These extra connections cause them to automatically establish associations between brain areas that are not normally interconnected”, professor Gómez Milán explains. Many healers claiming to see the aura of people might have this condition.

The case of the “Santón de Baza”

The University of Granada researchers remark that “not all healers are synesthetes, but there is a higher prevalence of this phenomenon among them. The same occurs among painters and artists, for example”. To carry out this study, the researchers interviewed some synesthetes as the healer from Granada “Esteban Sánchez Casas”, known as “El Santón de Baza”.

Many people attribute “paranormal powers” to El Santón, such as his ability to see the aura of people “but, in fact, it is a clear case of synesthesia”, the researchers explain. El Santón presents face-color synesthesia (the brain region responsible for face recognition is associated with the color-processing region); touch-mirror synesthesia (when the synesthete observes a person who is being touched or is experiencing pain, s/he experiences the same); high empathy (the ability to feel what other person is feeling), and schizotypy (certain personality traits in healthy people involving slight paranoia and delusions). “These capacities make synesthetes have the ability to make people feel understood, and provide them with special emotion and pain reading skills”, the researchers explain.

In the light of the results obtained, the researchers remark the significant “placebo effect” that healers have on people, “though some healers really have the ability to see people’s auras and feel the pain in others due to synesthesia”. Some healers “have abilities and attitudes that make them believe in their ability to heal other people, but it is actually a case of self-deception, as synesthesia is not an extrasensory power, but a subjective and ‘adorned’ perception of reality”, the researchers state.