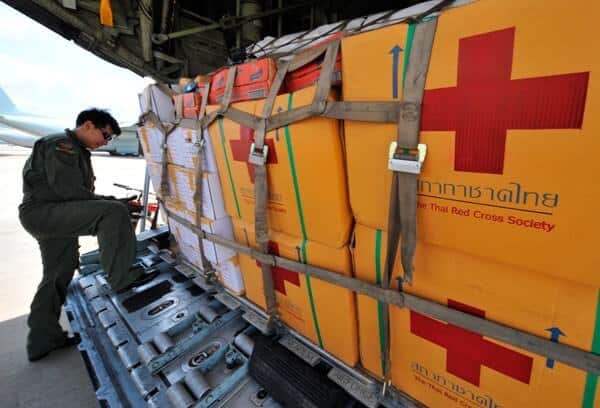 When a 2010 study concluded that about half the money given to international governments for providing health care services isn’t used as intended, skeptics who argued that foreign aid is largely wasted were handed a powerful piece of data to bolster their claims.

Much of the money, according to the study, was displaced – spent on something other than the intended health care.

But Stanford researchers Rajaie Batniji and Eran Bendavid say those findings are flawed. In an article featured in the May 8edition of PLoS Medicine, Batniji and Bendavid say the 2-year-old study by researchers at the University of Washington should not be used to guide decisions about how much money to give and who should get it.

“We can’t say that there’s absolutely no displacement of foreign aid, but these earlier findings are too tenuous for the basis of policy,” said Batniji, an affiliate of the Center on Democracy, Development, and the Rule of Law at the Freeman Spogli Institute for International Studies.

Batniji and Bendavid, an affiliate of FSI’s Stanford Health Policy and an assistant professor of medicine, are taking on the 2010 study – which appeared in The Lancet – at a critical time for foreign assistance programs.

The United States, which gives about half of all the world’s health aid, plans to chop its $10 billion budget by about 4 percent in the coming fiscal year. That’s the first cut in more than a decade. And officials have shown no signs of switching their preference of bypassing national governments as recipients of health aid, funneling more than half of U.S. support to non-governmental organizations instead.

Batniji and Bendavid decided to re-analyze the data used by the University of Washington researchers after meeting with policymakers who pointed to the study as a cautionary tale of foreign governments that waste and mismanage money earmarked for health programs.

“People were citing the Lancet piece, saying this was starting to shape how they thought about giving money,” said Batniji, who is also a resident physician at Stanford Medical Center. “But when we started asking questions about what the actual displacement looks like, the answers didn’t seem very compelling or reasonable.”

Taking a fresh look at the same numbers used for the 2010 study – public financing data culled from the World Health Organization and the International Monetary Fund – the researchers saw a different story emerge about the use of foreign aid in the health sector.

Once Batniji and Bendavid excluded conflicting and outlying data, such as huge discrepancies between WHO and IMF estimates and information about countries that were getting very small amounts of money from other countries, “There was no significant displacement of foreign aid,” Bendavid said.

The Stanford researchers’ findings are poised to influence a debate among policymakers and donors over whether it’s more efficient to give international assistance slated for health spending to government agencies or NGOs.

“We want to free donors of feeling that if they give money directly to governments, the money will be offset and used for an unintended purpose,” Batniji said. “The concern about displacement really amplifies the demands we make on governments for how they use the money. And that is at odds with a recent movement to let foreign governments set their own agendas for how to spend money.”

The research conducted by Batniji and Bendavid was supported by FSI’s Global Underdevelopment Action Fund and the Dr. George Rosenkranz Prize awarded to Bendavid in 2010.

Adam Gorlick is the communications manager for the Freeman Spogli Institute for International Studies.