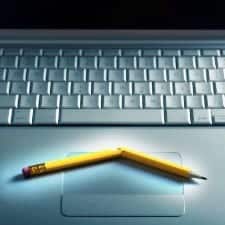 More low-income students are attending college than ever before, but many of them are ill prepared for the challenges of higher learning. Now University of Texas at Austin researchers are finding ways to level the higher-education playing field with a new online learning model.

With a new teaching platform called TOWER (Texas Online World of Educational Research), psychology professors James Pennebaker and Samuel Gosling are transforming the way students learn. The findings, published online this month in the peer-reviewed scientific journal PLOS ONE, show the customized online teaching model leads to improved test scores and attendance for all students. But students of low socioeconomic status are benefiting the most.

In fall 2011, Pennebaker and Gosling integrated the TOWER system into their large classroom-based Psychology 301 course, in which they delivered personalized in-class quizzes, free online readings, small discussion groups, and live chats to each student’s laptop or tablet. Facilitated by Liberal Arts Instructional Technology Services, the new system allowed the researchers to retrieve data about the students and see how they navigated the online tools.

The researchers found that daily “benchmark” quizzes, which were followed up with instant results on incorrectly answered questions, helped the students remember and learn from their mistakes, says Pennebaker.

“One important self-regulatory method to improve preparation and performance is to give students frequent testing along with rapid, targeted and structured feedback on their performance, so that they can adjust their learning and studying strategies in time to improve their grades in a course,” says Pennebaker, who team-teaches the course with Gosling.

In the experiment, 901 students enrolled in the fall 2011 TOWER course provided information about their parents’ education levels. The subjects took 26 brief multiple-choice quizzes at the beginning of every class. Eighty-six percent of the final grade was based on the quizzes, and 14 percent was based on online writing assignments. No final or other exams were administered. The TOWER student performance was compared with 935 students enrolled in Gosling’s and Pennebaker’s previous traditional Psychology 301 courses, in which four exams accounted for the bulk of the final grade.

According to the results:

The researchers attribute much of the students’ success to the daily quizzes, which required them to diligently keep up with the material. As a result, they developed better skills in time management and studying.

“These findings suggest that frequent quizzing should be used routinely in large lecture courses to improve performance in class and in other concurrent and subsequent courses,” Gosling says. “Repeated testing of students does much more than assess learning skills; it is a powerful vehicle that directly enhances learning and thinking skills.”

This fall, the researchers implemented the TOWER model into their live-broadcast online Psychology 301 class, called a SMOC (synchronous massive online course). Gosling says this new online platform will help instructors provide rapid, individualized feedback on students’ performance in massive lecture courses, a feat that is not possible even in average-size conventional classes.

“In light of the benefits of frequent testing with immediate feedback, colleges might benefit from adopting these methods during students’ first semesters so they can continue to benefit from the learning skills they acquire,” Gosling says.