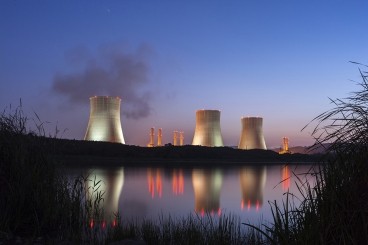 Discussions on curbing climate change tend to focus on comprehensive, emissions-focused measures: a global cap-and-trade scheme aimed at controlling carbon, or a tax on all carbon emissions. But a new study by researchers at MIT finds that a “segmental” approach — involving separate targeting of energy choices and energy consumption through regulations or incentives — can play an important role in achieving emission reductions.

The new study, by assistant professor of engineering systems Jessika Trancik, is being published this week in the journal Environmental Science and Technology. Trancik is joined on the paper by three MIT graduate students: Michael Chang and Christina Karapataki of the Engineering Systems Division and Leah Stokes of the Department of Urban Studies and Planning.

“A policy that’s focused on controlling carbon emissions is a different kind of policy than one that’s focused on the underlying demand-side and supply-side technology drivers,” Trancik says. And while those calling for sweeping, emission-focused policies have often faced uphill battles in regions, states, and nations, a wide variety of segmental policies have been adopted by such jurisdictions, making it important to understand the effectiveness of such approaches, she says.

“There are some things that these segmental policies do very well,” Trancik says — in particular dealing with the inertia associated with existing infrastructure. “It will be expensive to retire new power plants early, and so with each power plant built we are committing to emissions not just today, but in future years,” she says.

“Compliance with a carbon-focused policy can come either from changes in energy consumption levels or technological change, and a set of segmental policies can ensure that both types of change happen concurrently,” Trancik says. Comprehensive, carbon-limiting policies would not allow that kind of targeted approach, she adds.

The issue is urgent, Trancik says: The paper shows that when accounting for infrastructural inertia, the carbon intensity of new plants built over the coming decade — that is, the amount of carbon dioxide emitted per megawatt of power produced — will need to be reduced by 50 percent, as compared to today’s levels, in order to meet emissions-reduction commitments that have been made by most nations.

“Many nations are generally moving in the direction of segmental policies,” Trancik says, so it is important to understand how effective these policies can be.

The study found pluses and minuses to both segmental and carbon-focused approaches to reducing emissions, Trancik says, adding that what may ultimately be needed is a carefully planned combination of both. The ideal may be a hierarchical approach, she says, “that would involve capping carbon dioxide emissions, but then using these segmental policies to address particular areas of concern, where the market alone may not have sufficient foresight.”

These issues are at the heart of climate negotiations. Trancik notes that “understanding the various drivers of emissions, and how influencing each can affect overall emissions, is important to moving these discussions forward. A global agreement on carbon emissions would be most effective at reducing the risks of climate change, but in the meantime a segmental approach can be helpful.”

An added benefit, Trancik notes, is that discussing segmental approaches is likely to lead to a greater understanding of where emissions reductions might come from, which may eventually make it easier to reach an agreement on limiting carbon emissions directly.

Decisions made over the next decade will have long-lasting effects on overall emissions, Trancik says, so it’s important to perform such analysis now. “Can we control emissions sufficiently through these segmental policies?” she asks. “How might approaches focused on new technologies and on energy efficiency work together?”

Doug Arent, a research scientist at the National Renewable Energy Laboratory in Golden, Colo., who was not involved in this work, says this study “evaluates a number of examples of policies that contribute to a portfolio effort of reducing greenhouse-gas emissions, but from multiple different approaches. … This line of research is valuable, given already-existing policies and multiple approaches, continued challenges with global agreements, as well as a clear recognition of the value of a diverse set of effective policies within a portfolio.”

The research was funded by the Solomon Buchsbaum Research Fund.