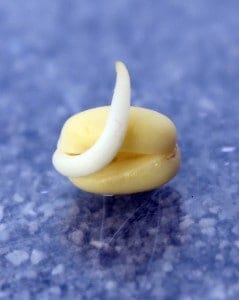 Mortality in prostate cancer is lower in areas with frequent use of PSA testing compared with areas with little testing shows a study published online today in Journal of the National Cancer Institute by researchers from Umeå University, Sweden and Memorial Sloan Kettering Cancer Center, New York, NY, USA.

The study is based on data from nation-wide, population-based registers in Sweden including the Cancer Register, The Cause of Death Register and the National Prostate Cancer Register (NPCR) of Sweden.

“In contrast to screening in randomized studies our data is based on unorganized, real life PSA testing. We therefore used a statistical method that excludes men that were diagnosed prior to the introduction of PSA testing since these men could not benefit from the effect of PSA testing,” continues Håkan Jonsson.

“The results in our study are very similar to those obtained in a large European randomized clinical study (ERSPC) thus confirming the effect of PSA testing on the risk of prostate cancer death. However, we have to bear in mind that the decrease in mortality is offset by overtreatment and side effects from early treatment. PSA testing sharply increases the risk of overtreatment, i.e. early treatment of cancers that would never have surfaced clinically. We also know that after surgery for prostate cancer most men have decreased erectile function and that a small group of men suffer from urinary incontinence. Our data pinpoints the need for refined methods for PSA testing and improved prostate cancer treatment strategies,” concludes dr Stattin.