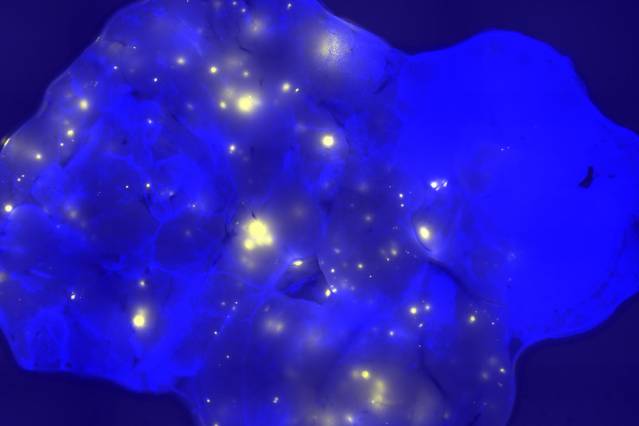 A new “trick” steroids use to suppress inflammation, which could be used to make new anti-inflammatory drugs without the harmful side effects of steroids, has been discovered by researchers at Georgia State University.

Their findings have been published in the journal Nature Communications.

Glucocorticoids, a class of steroid hormones, are among the most commonly used anti-inflammatory agents. Steroids have been effective at suppressing inflammation, but if used for long-term treatment they can cause serious side effects such as increased risk of infections, liver damage, fluid retention, increased blood pressure, weight gain, easy bruising and slower wound healing.

There is an urgent need to develop novel anti-inflammatory strategies to combat inflammation, which is the cause of many human diseases. Inflammation has been linked to cancer, pulmonary diseases, infectious diseases, neurological diseases, arthritis, otitis media (ear infections) and obesity. It is the human body’s response to harmful stimuli, such as pathogens or damaged tissues, but an overactive response, too much inflammation, is detrimental and leads to disease. As a result, inflammation must be tightly regulated.

“Chronic inflammatory diseases last for months and years, so you have to have a medicine that can be used for treating inflammation for the long term without having side effects,” said Dr. Jian-Dong Li, a lead investigator of the study and director of the Institute for Biomedical Sciences at Georgia State and also a Georgia Research Alliance Eminent Scholar.

The researchers found glucocorticoids tightly control bacteria-induced innate immune and inflammatory response by enhancing IRAK-M, one of the most critical negative feedback regulators of inflammation that inhibits the activation of the proteins MyD88 and IRAK1/4.

This discovery could lead to the development of new therapeutic strategies to control overactive inflammation, Li said.

“We congratulate Dr. Li and his research team on their discovery and for having their findings published in Nature Communications,” said C. Michael Cassidy, president and chief executive officer of Georgia Research Alliance. “Scientific breakthroughs stemming from Georgia’s research universities are critical components to bringing life-changing therapies to market.”

The research team includes Dr. Masanori Miyata and Dr. Ji-Yun Lee at Georgia State; Dr. Richard A. Flavell, chair of the Department of Immunobiology, investigator at the Howard Hughes Medical Institute and a member of the National Academy of Sciences at Yale University; Dr. Koichi S. Kobayashi, professor in the Department of Microbial Pathogenesis and Immunology at the Texas A&M Health Science Center; and Dr. Hirofumi Kai at Kumamoto University in Japan.

In mice with a lethal Haemophilus influenzae infection, the researchers found glucocorticoids upregulated IRAK-M expression by enhancing the protein NF-κB p65 and glucocorticoid receptor binding to the IRAK-M promoter.

The study was supported in part by the National Institutes of Health, Georgia Research Alliance and Howard Hughes Medical Institute.