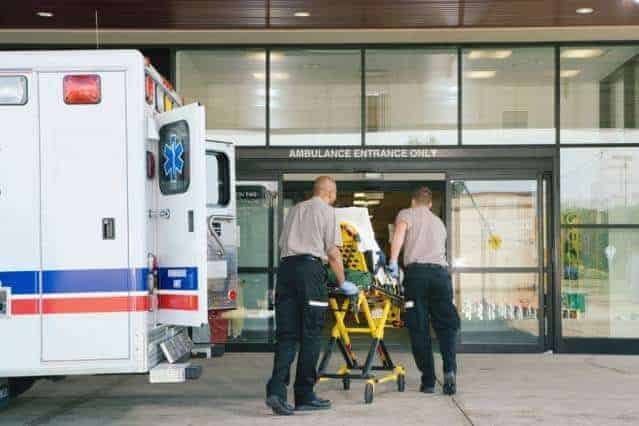 While not-for-profit hospitals receive substantial tax benefits, some do not provide free or subsidized care for a higher percentage of patients living in poverty than their for-profit counterparts, according to a study of California medical centers.

That is because eligibility criteria for tax-exempt status are ambiguous and there are no minimum requirements for hospitals’ financial assistance programs, say the researchers of the study published Aug. 3 in Health Affairs.

In their statewide assessment of 264 hospitals, researchers from UC San Francisco and Alameda County Medical Center in Oakland, Calif., looked at two types of uncompensated care in tracking non-reimbursed payments for the years 2011 to 2013.

They examined levels of “charity care” in which medical care is provided to indigent patients with no expectation of payment. They also looked at “bad debt,” or unpaid bills, for medical services. California was studied because it is the only state where for-profit hospitals, in addition to not-for-profits, are required to report charity care expenditure.

The researchers, headed by Renee Hsia, MD, of the UCSF Department of Emergency Medicine and Health Policy Studies, found that among 200 not-for-profit hospitals, an average 1.9 percent of total operating costs was directed to charity care. This contrasts with an average 1.4 percent of operating costs for the 64 for-profit institutions. A significant percentage of both not-for-profits and for-profits dedicated relatively low amounts to charity care: more than 30 percent and more than 40 percent, respectively, spent less than 0.9 percent.

“Not-for-profit hospitals save more than $24 billion a year in federal, state and local taxes,” said senior author Hsia. “There are general guidelines that dictate that these hospitals must provide a benefit to the community, but there is no minimum requirement. Individual hospitals set their own policies. A patient that qualifies for charity care at one hospital might have their charges counted as bad debt at another hospital.”

The researchers found that the level of charity care in both not-for-profit and for-profit hospitals ranged from zero percent to 11 percent of operating costs. Hospitals that had trauma center status, an emergency department and cared for more Medicaid, uninsured and minority patients were more likely to provide more generous charity care.

“While all not-for-profit hospitals qualify for the same tax exemption, charity and uncompensated care spending varies greatly among them. This is concerning for two reasons,” said Hsia. “The data show that some not-for-profit hospitals are not pulling their weight when it comes to uncompensated care. Secondly, the hospitals that are spending the highest proportion of their budgets on charity care may be at a competitive disadvantage. Hospitals spending more on charity have less disposable dollars to afford better facilities to attract new patients with private insurance, leading to a situation where the ‘nice’ hospital finishes last.”

While policy makers have proposed minimum benchmarks to address the problem of not-for-profit hospitals failing to fulfill community obligations, the authors acknowledge that implementing new standards may have unintended consequences. When Texas mandated that hospitals spend four percent of net patient care on charity care, some hospitals increased their spending and others reduced it, resulting in an overall loss, the authors noted.

Hsia predicts that with the continued implementation of the Affordable Care Act, hospitals’ charity care may drop, while Medicaid shortfalls could rise.

“The government should consider increasing reimbursement rates for those hospitals that care for newly eligible Medicaid patients, as California is doing,” said Hsia. “And while the Affordable Care Act has included general requirements for hospitals claiming not-for-profit status, society could benefit from policies that require hospitals to clarify the distinction between bad debt and charity care, so that it is easier to track how hospitals are caring for indigent patients.”

Co-authors are Sidney Le, a medical student at the School of Medicine at UCSF and Erica Valdovinos, MD, a resident in the department of Emergency Medicine at the Alameda County Medical Center in Oakland, Calif.