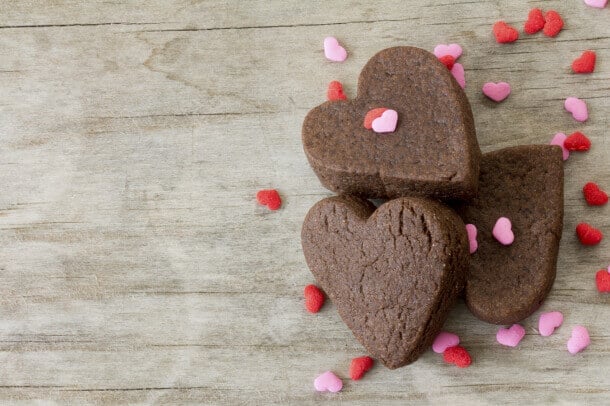 Individuals previously diagnosed with heart disease may be less likely to experience heart failure, heart attacks, or stroke, or to die from these events, if they have higher blood levels of two very closely related proteins, according to a new study led by a UC San Francisco research team.

One of these proteins, known as GDF11, has attracted great interest since 2013, when researchers showed that it could rejuvenate old mice. Based on these findings, scientists have speculated that drugs that increase GDF11 levels might reverse physiological manifestations of aging that lead to heart failure in people.

The new study, published online August 20 in the European Heart Journal, is part of an ongoing research effort by the UCSF-led team to use new technologies to identify and measure a suite of proteins in blood that may be associated with poor health outcomes, and that could serve as a gauge to estimate a person’s risk of developing various cardiovascular problems, as well as their risk of dying from cardiovascular diseases.

The study population included 1,899 men and women with heart disease, from separate study groups in the San Francisco Bay Area and in Norway, who ranged in age from 40 to 85 (average 69 years). Because they already had been diagnosed with stable ischemic heart disease, in which blood supply to the heart is reduced due to coronary artery disease, the participants were at elevated risk for stroke, heart attack, hospitalization for heart failure, and death. Hundreds of the participants experienced one or more of these outcomes during the course of the study, in which they were monitored for nearly nine years.

The UCSF research team, led by Peter Ganz, MD, professor of medicine and chief of cardiology at UCSF partner hospital San Francisco General Hospital and Trauma Center, used a lab test to measure combined blood levels of GDF11 and a very similar protein called myostatin—the test could not distinguish between the two, because they are quite similar both structurally and functionally.

The scientists determined that research subjects who had relatively high blood levels of these two proteins at the beginning of the study — in the top 25 percent of all participants — were less than half as likely to die from any cause, in comparison to participants whose blood levels ranked them in the bottom 25 percent. Those in the highest 25 percent also experienced fewer adverse health events associated with heart disease.

“Individuals with heart disease who have relatively high concentrations of these proteins have much lower odds of dying and much lower odds of experiencing devastating outcomes that we associate with aging, including heart attacks, strokes and heart failure,” Ganz said. “We also found that combined levels of GDF11 and myostatin in humans decline with advancing age, but that the rate of this decline varies among individuals.”

In mouse studies published in 2013 in Cell and in 2014 in Science, a research team at Harvard Medical School led by Richard Lee, MD, and Amy Wagers, PhD, reported that old mice had less GDF11 circulating in their blood than younger mice. They also found that four weeks of GDF11 treatment in old mice that restored the youthful level of this protein reversed potentially harmful thickening of heart muscle. In humans this thickening of heart muscle, known as ventricular hypertrophy, is associated with aging and contributes to heart failure and death.

In the new study, the UCSF researchers used standard clinical imaging tests to measure ventricular hypertrophy and found that participants with lower levels of the GDF11 and myostatin proteins were more prone to having thickened heart muscle.

“This association with less ventricular hypertrophy and death suggests the possibility that GDF11 might act similarly in humans as in mice. Restoring GDF11 or myostatin to their higher, youthful levels might potentially serve as a so-called ‘fountain-of-youth’ treatment, but far more work remains to be done,” Ganz said.

The fewer heart-disease-related deaths among subjects with higher levels of GDF11 and myostatin did not entirely account for the magnitude of the fewer deaths from all causes in this group. It is possible that GDF11 and myostatin also prevent death from causes unrelated to heart disease, Ganz said.

In addition to trying to find ways to boost the levels of GDF11 or myostatin proteins, Ganz and colleagues suggest another approach that could improve health outcomes: blocking the action of a circulating protein, called FSTL3, which inhibits the function of myostatin and GDF11. At an American College of Cardiology meeting in March, 2015, Ganz’s lab team reported preliminary evidence that high FSTL3 levels are associated with worse health outcomes in heart disease patients. If the potential health benefits of higher levels of GDF11 and myostatin appear to outweigh risks, at least in heart disease patients, Ganz said, “it may be easier to get rid of the inhibitors of GDF11 and myostatin rather than to replace low levels of the proteins.”

Working with Ganz on the study were Kristoff A. Olson, MD, a former resident in UCSF’s Department of Internal Medicine, now a cardiology fellow at Northwestern University Feinberg School of Medicine; former UCSF faculty member Alexis L. Beatty, MD, now an assistant professor of medicine at the University of Washington; and Mathilda Regan, MPH, data analyst for UCSF-based Heart and Soul Study. They were joined by colleagues from Norway, from SomaLogic, Inc., and from NEC Corporation of America.

The study was funded by the U.S. Department of Veterans Affairs, the National Institutes of Health, the Robert Wood Johnson Foundation, the American Federation for Aging Research, and the Ischemia Research and Education Foundation.