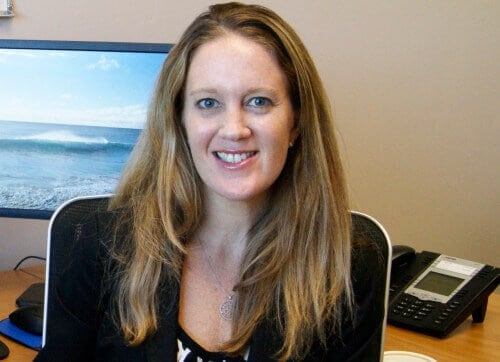 When it comes to reporting on climate change, the nation’s four most widely read newspapers are being influenced by management’s political positions, despite the tradition in American print journalism that editorials should not have any effect on straight news coverage.

“This makes me feel concerned about the media’s role in potentially fueling the polarization around climate change,” said Lauren Feldman, the study’s lead author, assistant professor of journalism and media studies in the School of Communication and Information. “People who rely primarily on just one of these papers for their news are likely to get a narrow impression of the threat posed by climate change and the effectiveness of actions to address it.”

The study, “Polarizing news? Representations of threat and efficacy in leading U.S. newspapers coverage of climate change,” appears in the journal Public Understanding of Science.

Feldman and her co-authors, P. Sol Hart of the University of Michigan and Tijana Milosevic of Norway’s University of Oslo, monitored the climate change coverage in the four newspapers over six years, from January 1, 2006 to December 31, 2011. The Post and the Times are widely known to be liberal in their editorials; The Journal is known to be conservative, and USA Today is often considered middle-of-the-road.

The researchers reviewed 642 news articles and found that The Wall Street Journal discussed climate change impacts about half as frequently in its stories as the other the papers. The Wall Street Journal was much more likely to discuss the action that might be taken to address climate change, however, doing so in 93.3 percent of its climate change stories. But the paper was likely to frame possible actions in a negative light – as the subject of conflict between environmentalists and business, or between citizens and government, for example.

The New York Times and The Washington Post discussed actions to address climate change in 83.6 percent and 82.3 percent of their stories, respectively. USA Today addressed such actions in 81.2 percent of its stories on climate change.

“It’s telling that The Wall Street Journal is the outlier relative to the other papers,” Feldman said. “The New York Times and The Washington Post might be said to have a liberal editorial slant, but this is less true of USA Today. Yet The Wall Street Journal, to the extent that its reporting is affected by its conservative editorial stance, departs not just from the other three papers’ coverage, but from the generally accepted scientific consensus on climate change.”

Feldman said that all four papers shared one great failing: They didn’t usually report on  climate change and possible ways to address it in the same stories.

“Across papers, there was relatively little emphasis on solutions,” Feldman said. “Discussion of actions tended to focus on political conflict and strategy rather than whether a particular action might work or not.”