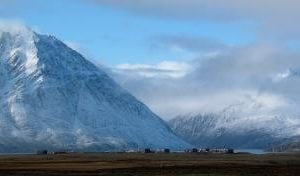 Humans are having an effect on Earth’s ecosystems but it’s not just the depletion of resources and the warming of the planet we are causing. Now you can add an over-abundance of nitrogen as another “footprint” humans are leaving behin…

ANN ARBOR, Mich.—The decreases in Earth’s snow and ice cover over the past 30 years have exacerbated global warming more than models predict they should have, on average, new research from the University of Michigan shows.
To conduct this s…

Scientists have shown, for the first time, that changes in a large-scale climate system can synchronize population fluctuations in multiple mammal species across a continent-scale region. The study, to be published in the 14 November 2002 issue of the journal Nature, compares long-term data on the climate system known as the North Atlantic Oscillation with long-term data from Greenland on the population dynamics of caribou and muskoxen, which are large mammals adapted to breeding in the Arctic.