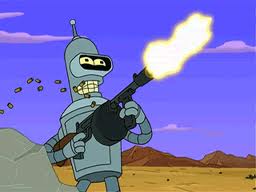 The first study to find a significant relationship between firearm crime and subsequent applications for, and issuance of, concealed-carry gun permits has been published in the Journal of Interpersonal Violence.

The paper, “Firearm Violence and Effects on Concealed Gun Carrying: Large Debate and Small Effects,” found there is a consistent link between violent crime — especially crimes that involve guns — and an increase in the number of people issued carry permits over two time periods examined in the study, said Jeremy Carter, an assistant professor in the School of Public and Environmental Affairs at Indiana University-Purdue University Indianapolis.

While the link is consistent and robust, Carter said the magnitude of this association is relatively low.

“It seems the level of debate surrounding violence and concealed carrying far outweighs any observed effects,” Carter and his co-author, Michael Binder, an assistant professor at the University of North Florida, conclude. “We acknowledge that other factors are just as — if not more — important and highlight the need for more refined research to parse out any plausible relationships.”

“From a theoretical perspective, the finding of firearm crime as a predictor of concealed carrying is the first such demonstrable relationship and provides evidence that should solicit further investigation,” the study says.

The study measures violent crime using the Uniform Crime Reporting index offenses of violent crime, including homicide, rape, robbery and aggravated assault. The two time periods examined by the study are 2005 to 2012 and 1996 to 2012.

Theoretically, nonviolent crime receives noticeably less media attention and does not carry the heightened degree of sensitivity that comes with firearm violence. As such, there could be unique differences between firearm and non-firearm violence that might influence people’s decision to want to carry a gun, says Carter.

Given the complexity of legal gun carrying, Carter and his co-author included a number of control variables that helped to isolate the effects of firearm violence. Carter said, “After controlling for a range of possible explanatory factors, the relationship between firearm violence and subsequent legal gun permitting is quite present.”