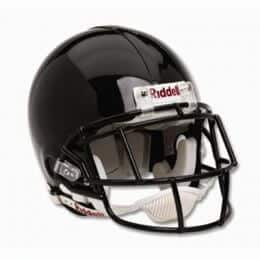 Young football players may be at higher risk for stroke, according to a new study released in Journal of Child Neurology (JCN), published by SAGE.

Researchers Dr. Jared R. Brosch and Dr. Meredith R. Golomb looked at various case studies of football players in their teens that suffered a stroke and found some potential causes for strokes in young football athletes. Some of those potential risks include:

The authors point out the increase in obesity presents a two-fold risk as it not only increases the force of impacts among the players, but also the likelihood for other stroke risk factors such as hypertension.

“Two of our subjects had mild hypertension, but were too young to have had the many years of exposure that would lead to chronic vascular injury,” wrote the researchers.

Looking at the previous research, the authors did conclude that even more investigation was needed to better draw conclusions and best practices for dealing with head trauma and football in children.

“American Childhood Football as a Possible Risk Factor for Cerebral Infarction,” in Journal of Child Neurology is available free for a limited time at http://jcn.sagepub.com/content/26/12/1493.full.pdf+html.

The Journal of Child Neurology (JCN) embraces peer-reviewed clinical and investigative studies from a wide-variety of neuroscience disciplines. Focusing on the needs of neurologic patients from birth to age 18 years, JCN covers topics ranging from assessment of new and changing therapies and procedures; diagnosis, evaluation, and management of neurologic, neuropsychiatric, and neurodevelopmental disorders; and pathophysiology of central nervous system diseases. http://jcn.sagepub.com/

SAGE is a leading international publisher of journals, books, and electronic media for academic, educational, and professional markets. Since 1965, SAGE has helped inform and educate a global community of scholars, practitioners, researchers, and students spanning a wide range of subject areas including business, humanities, social sciences, and science, technology, and medicine. An independent company, SAGE has principal offices in Los Angeles, London, New Delhi, Singapore and Washington DC. www.sagepublications.com