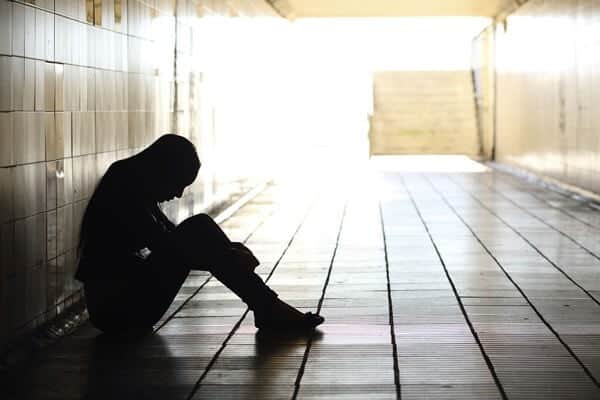 The rate of suicide among post-9/11 military veterans has been rising for nearly a decade. While there are a number of factors associated with suicide, veterans have unique experiences that may contribute to them thinking about killing themselves.

“Compared to their civilian peers, veterans are more likely to report having experienced traumatic adverse childhood experiences (ACEs) such as physical and emotional abuse,” stated Keith Aronson, associate director of the Clearinghouse for Military Family Readiness at Penn State and the Social Science Research Institute (SSRI). “Veterans also engage in life-threatening combat and witness the corollaries of combat such as seeing colleagues killed or wounded.”

A recent study of nearly 10,000 post-9/11 veterans sought to determine if traumatic childhood and combat experiences were associated with suicidal thinking.

The research was recently published in the Journal of Community Psychology.

“This data shows that veterans’ suicidal thinking and mental well-being is influenced by factors that happen both before and during military,” noted Daniel Perkins, principal scientist at the Clearinghouse and professor of Family and Youth Resiliency and Policy in the College of Agricultural Sciences who is also an SSRI cofunded faculty member.

There was no association between suicidal thinking and exposure to the corollaries of combat irrespective of exposure to ACEs.

“Clearly exposure to ACEs and combat increase the odds that post-9/11 veterans will think about suicide,” said Nicole Morgan, assistant research professor at the Clearinghouse. “Female veterans appear particularly vulnerable to suicidal thinking and they likely need enhanced support and programs to decrease their suicidality and work to resolve their childhood and combat traumatic experiences through appropriate evidence-based treatment.”

The study is a part of The Veterans Metrics Initiative (TVMI). The initiative focuses on understanding veterans’ use and non-use of VA and non-VA resources designed to support healthy reintegration over the first three-years of military disconnection.

About the Clearinghouse for Military Family Readiness

The Clearinghouse is an applied research center committed to advancing the health and well-being of service members and their families. The Clearinghouse takes a solution-oriented approach that includes conducting applied research studies, building workforce expertise through training and resource provision, implementing and evaluating evidence-informed programs and practices, and delivering objective data and policy-relevant findings so that decisions are based on the best science and evidence available. The Clearinghouse is located within Penn State’s Social Science Research Institute.

The Henry M. Jackson Foundation for the Advancement of Military Medicine, Inc. is a global nonprofit organization with the mission to advance military medicine. HJF’s scientific, administrative and program operations services empower investigators, clinicians, and medical researchers around the world to make medical discoveries in all areas of medicine. With more than 35 years of experience, HJF serves as a trusted and responsive link between the military medical community, federal and private partners, and the millions of warfighters, veterans, and civilians who benefit from military medicine.