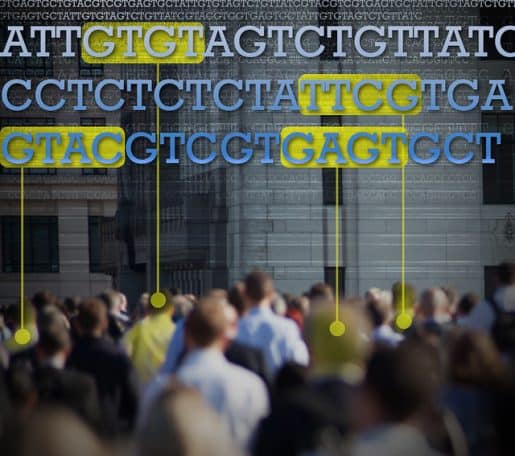 In 2014, a team led by Dr. Richard Gibbs, director of the Human Genome Sequencing Center and Wofford Cain Chair and professor of molecular and human genetics at Baylor College of Medicine, discovered a genetic basis for this condition.

There are also reports of individuals with XGS-like trait manifestations who have a different type of AHDC1 mutations, particularly de novo, or new, missense mutations, and who have been provided a molecular diagnosis of the disorder.“XGS is usually the result of new changes within a gene called AT-Hook DNA Binding Motif Containing 1 (AHDC1). The changes interrupt the gene coding sequence and are predicted to lead to a truncated AHDC1 protein,” Gibbs said.

A missense mutation is a single change in the DNA sequence that results in a different amino acid being incorporated into a protein. As a result, the function of the protein may change. Sometimes the protein will be more effective at its job, while other times it will perform just like the original protein. More frequently, missense mutations cause the protein to function less effectively.

In the current study, Gibbs and his colleagues investigated a potential contribution of missense mutations to XGS.

The Baylor researchers’ focused on 10 individuals with missense mutations in the AHDC1 gene. All of the individuals in the study had just one DNA change that led to a single amino acid substitution versus an interruption of the gene coding sequence that would result in a truncated protein – and yet each exhibited symptoms of XGS and had a suspected molecular diagnosis for the disorder.

Our data shows that de novo missense mutations in AHDC1 are likely diagnostic of XGS, provided the mutation position and the rare disease trait manifestations are carefully considered,” said Gibbs, corresponding author of the publication.

“In some cases, the mutation position suggests the change is not likely to cause disease and other investigations should be carried out in these individuals.”

Read the complete study in the journal Human Genetics and Genomics Advances.“This work shows the immense power of data aggregation and analysis,” said Michael Khayat, first author of the paper and graduate student at the Human Genome Sequencing Center. “We now know of almost 300 families with Xia-Gibbs individuals and have details for nearly 100 in a secure registry here at Baylor.”

See the publication for a full list of funding for this research.