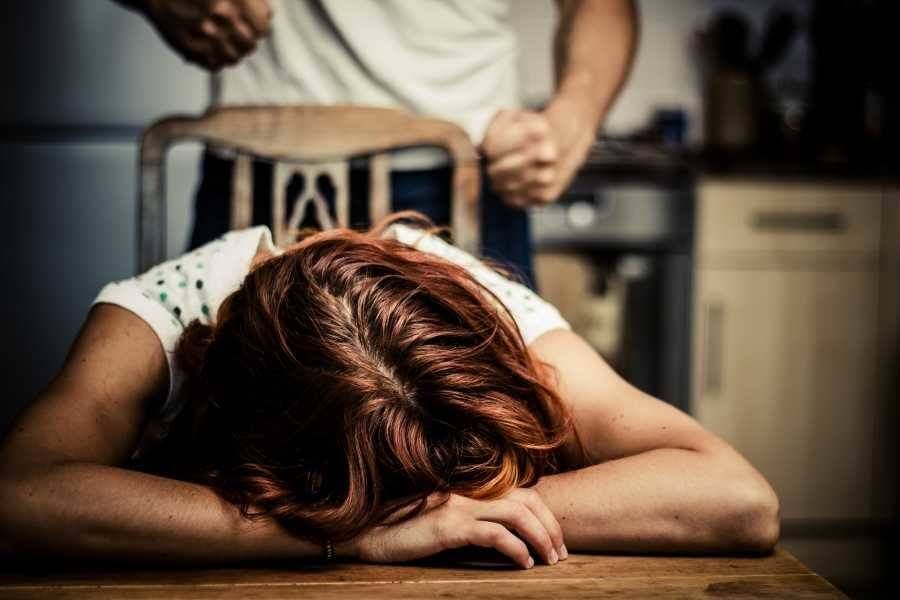 Over one in four women (or 27 per cent) experience intimate partner violence before the age of 50, according to a worldwide analysis led by researchers from McGill University and the World Health Organization. The largest of its kind, the analysis covers 366 studies involving more than 2 million women in 161 countries.

According to the findings published in The Lancet, one in seven women (or 13 per cent) experienced intimate partner violence within the last year of the study period between 2000 and 2018. The analysis also found high levels of violence against young women, estimating that 24 per cent of those between the ages of 15 to 19 experienced domestic violence in their lifetime.

While the numbers are alarming the true scale of violence is likely even higher, the researchers say, noting that the studies were based on self-reported experiences. Given the stigmatized nature of the issue, women can be hesitant to report their experiences, they explain. 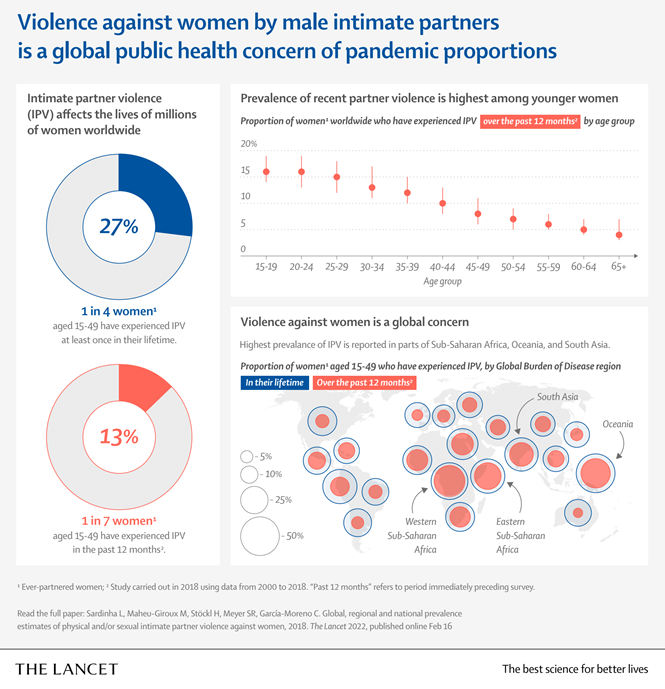 The researchers found regional variations, with high-income countries having lower prevalence of both lifetime and past year violence. The lifetime prevalence among women aged 15 to 49 was highest in Africa, South Asia, and parts of South America. The regions with the lowest estimated lifetime domestic violence against women were Central Asia and Central Europe.

The proportion of women who experienced intimate partner violence in the last year was around 5 per cent for North America, Europe, and Asia Pacific. In regions of Africa, this number was as high as 15 per cent to 30 per cent.

Canada among countries with lowest rates of domestic violence

“While Canada is among the top 30 countries with the lowest rates of intimate partner violence, it’s still a problem that affects 1 in 25 women,” notes Professor Maheu-Giroux. “Some provinces in Canada are looking at different ways to address domestic violence. In Quebec, for example, the government approved a pilot project in 2021 to create a special court for victims of domestic and sexual violence,” he adds.

“Overall, our research shows that governments are not on track to meet global targets to eliminate violence against women and girls. An important takeaway is that even in some high-income countries the prevalence of intimate partner violence is relatively high, which calls for investment in prevention at local and global levels,” says Maheu-Giroux.

“In Québec alone, we witnessed a wave of 17 intimate partner feminicides in 2021 – the most extreme consequence of intimate partner violence and the highest number in more than a decade,” he says.

Globally, the problem is likely to have been further exacerbated by the COVID-19 pandemic, the researchers explain. There’s an urgent need to strengthen the public health response to intimate partner violence, and ensure it’s addressed in post-COVID-19 rebuilding efforts, they conclude.

“Global, regional, and national prevalence estimates of physical or sexual, or both, intimate partner violence against women in 2018” by Lynnmarie Sardinha, Mathieu Maheu-Giroux, Heidi Stöckl, Sarah Rachel Meyer, and Claudia García-Moreno was published in The Lancet.