A new study suggests that human papillomavirus (HPV) infection in women at or after menopause may represent an infection acquired years ago, and that HPV infections may exist below limits of detection after one to two years, similar to other viruses, such as varicella zoster, which can cause shingles.

The study, published in The Journal of Infectious Diseases and available online, highlights the need for additional research to better understand HPV infections and the role of HPV persistence and reactivation, particularly in women of the baby boomer generation. In previous studies, HPV has been detected in 25 to 50 percent of young, sexually active women. In most of these cases, after two years the virus is “cleared,” or is no longer detected in samples. Studies have shown that HPV infection peaks in young women around the age of sexual debut and begins to decline in the late 20s and 30s. In some countries, such as in Central and South America, HPV has been shown to have a second peak around the age of menopause. In contrast, in previous studies in the United States and Europe, HPV prevalence remains low or continues to decline with age. 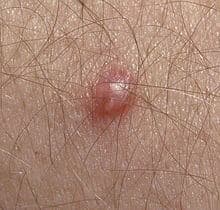 Researchers, led by Patti E. Gravitt, PhD, of Johns Hopkins Bloomberg School of Public Health and Perdana University Graduate School of Medicine in Serdang, Malaysia, set out to investigate what factors influence these differences. They compared differences in recent and lifetime sexual behaviors by age groups to investigate the presence of a cohort effect in a population of women in Baltimore.

The study included approximately 850 women aged 35-60 who were receiving routine cervical cancer screening from 2008 to 2011. While HPV prevalence was higher among women who reported a new sexual partner within 6 months prior to study enrollment, less than 3 percent of women in the study reported having a new partner in that time. Conversely, nearly 90 percent of HPV infections were detected in women reporting more than one lifetime sexual partner, and 77 percent were detected in women who reported five or more sexual partners in their lifetime.

“Taken together, our data raise the possibility that reactivation risk may increase around age 50 years and contribute to a larger fraction of HPV detection at older ages, compared with new acquisition,” the researchers wrote.

According to the authors, an important point this study makes is that women who had their sexual debut during and after the sexual revolution of the 1960s and 1970s have a significantly higher risk of HPV infection compared to women who did so before 1965, likely due to a higher number of sexual partners during their lifetime. “Our historical experience with HPV and cervical neoplasia in postmenopausal women may not be very predictive of the experience of the baby boomer generation of women who are now entering the menopausal transition at a higher risk than their mothers,” Dr. Gravitt said.

In an accompanying editorial, Darron R. Brown, MD, and Bree A. Weaver, MD, of the Indiana University School of Medicine, noted that some previous studies demonstrating that HPV “clears” after two years have been based on only one or two negative screenings. Several studies have shown that type-specific HPV can be detected again after a long period of non-detection, although whether this is due to reactivation of a low-level persistent infection or a new infection has not been established. “Further research is needed to help better understand the natural history of HPV infection in older women and to understand the importance of HPV persistence and reactivation in all women,” they wrote.

Dr. Gravitt and her team of investigators will continue to follow the women in the study to further confirm their findings. A more nationally representative sample of women would help determine whether the study’s findings can be generalized to the larger U.S. population. “Long-term follow-up of previously highly exposed women who will transition through menopause in the next decade is urgently needed to accurately estimate the potential risk of postmenopausal invasive cervical cancer in the U.S. baby boom population and guide prevention strategies,” the authors wrote.

1) Human papillomavirus (HPV) has been detected in 25 to 50 percent of young, sexually active women.

2) Researchers studied approximately 850 women aged 35-60 who were receiving routine cervical cancer screening in Baltimore from 2008 to 2011. Nearly 90 percent of HPV infections were detected in women reporting more than one lifetime sexual partner.

3) While HPV prevalence was higher among women who reported a new sexual partner within 6 months prior to study enrollment, less than 3 percent of women reported having a new partner.

4) The findings suggest that women who are found to have HPV around the age of 50 may have acquired the virus years before.

2 thoughts on “HPV in older women may be due to reactivation of virus, not new infection”