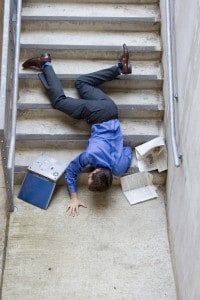 Such remuneration schemes can actually backfire. Staff morale can take a big dive during lean times, when bonuses and raises are curtailed. Temporary declines in income—say, from lower sales commissions due to a business slowdown— have a much larger impact on our feeling of contentment than income gains of the same magnitude.

A new study conducted in Europe demonstrates this. Psychological scientist Christopher Boyce of the Behavioural Science Centre at the University of Stirling Management School led the “Money, Well-being and Loss Aversion” research project, which based its conclusions on an analysis of income changes and life-satisfaction ratings among 50,000 people in the UK and Germany over several years. The findings appear in Psychological Science, the flagship journal of the Association for Psychological Science.

The research helps explain why subjective happiness levels aren’t significantly higher than in previous generations, even though living standards have risen significantly in the developed world over the past 50 years.

“Findings show that we have been over-estimating the positive well-being effects of income increases,” Boyce says. “Income losses have a much greater influence on well-being than equivalent income gains.

“Over the past 50 years we have experienced long-term economic growth, but there has not been accompanying increases in our long-term well-being,” he adds. “We undertook this study to help understand why our happiness levels have not improved with rises in income.”

Previous studies on money and well-being have examined income changes, but have not differentiated between the income changes that arose from losses, as opposed to gains.

“Both individuals and societal well-being may be best served by small and stable income increases even if such stability impairs long-term income growth,” Boyce argues.

“Findings suggest that when we are thinking about trying to increase individuals’ and societies’ well-being it would be preferable to focus on economic stability as opposed to higher economic growth that risks greater volatility,” he adds.