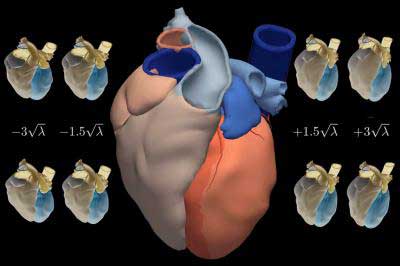 Nearly half of adolescents who have had HIV since birth may be at increased risk for cardiovascular disease — including heart attack and stroke — later in life, according to a National Institutes of Health network study.

The findings are the latest results from the Pediatric HIV/AIDS Cohort Study (PHACS), a multi-site, long-term follow-up study of children and youth who have had HIV since birth, sponsored by the Eunice Kennedy Shriver National Institute of Child Health and Human Development (NICHD) and supported by eight other institutes at NIH.

The results are based on clinical assessments of 165 teens age 15 or older with HIV, who were born to mothers with HIV and who have been treated with anti-HIV medications since birth.

The researchers estimated each study participant’s overall cardiovascular risk using a score based on measures of cholesterol levels, blood sugar level, smoking, blood pressure, and weight. The combined score has been shown to predict the presence of buildup and thickening in the major arteries to the heart and abdomen, known to increase the risk for conditions such as heart attack and stroke.

The study results were published online in Circulation.

The study’s first author was Kunjal Patel, D.Sc., M.P.H., of the Harvard School of Public Health, in Boston. Other authors were from the 14 institutions affiliated with the PHACS Network.

“Our results show that a large proportion of teens who have had HIV their whole lives appear to be at significant risk for cardiovascular disease later in life,” said co-author George Siberry, M.D., of NICHD, one of the NIH institutes supporting the study. “These results indicate that individuals who have had HIV since birth should be monitored carefully by their health care providers for signs of cardiovascular disease.”

To calculate a participant’s cardiovascular disease risk, the researchers used a scoring system called the Pathobiological Determinants of Atherosclerosis in Youth, or PDAY. The PDAY score is calculated on the basis of a person’s cholesterol levels, blood sugar levels, weight, and other factors known to influence risk of cardiovascular disease. The score estimates the likelihood that a person has a build-up of artery clogging plaque in the coronary arteries or in the abdominal aorta (the main artery in the abdomen). Researchers consider a PDAY score of 1 to indicate an 18 percent or 24 percent greater chance of plaque build-up in the coronary arteries or abdominal aorta respectively, compared to a score of zero, thought to indicate the chances for cardiovascular disease among those of the same age and sex with no known risk factors.

Of participants in this study of adolescents with HIV infection since birth, 48 percent had a score of 1 or higher for the coronary artery measure. For the abdominal aorta measure, 24 percent scored 1 or above. The researchers also evaluated changes in PDAY scores over a four-year time period and did not observe any major trends.

The study authors noted that PDAY scores of 1 or higher were primarily attributable to high cholesterol levels. Other risk factors, such as smoking and high blood pressure, that are more common in older adults, were uncommon in these young participants. Participants who were treated with the HIV drug class known as protease inhibitors were more likely to have higher PDAY scores. Teens with a history of AIDS were also more likely to have higher PDAY scores. This study only looked at HIV-specific factors influencing cardiovascular risk in this group. It did not look at other factors such as diet, physical activity, or genetics. The study authors called for more research to understand all the potential factors that could influence cardiovascular risk in this group.

“It’s too soon to recommend changing treatment regimens on the basis of our findings,” Dr. Patel said. “Until we can learn more, we can best serve adolescents who have HIV by monitoring their risk factors for heart disease carefully and urging them to adopt other measures that have been found to reduce the risk of heart disease in the general population: exercising, maintaining a healthy diet, and not smoking.

Information on nutrition and healthy eating is available from the NIH’s National Heart Lung and Blood Institute, athttp://www.nhlbi.nih.gov/health/public/heart/obesity/wecan/tools-resources/nutrition.htm.