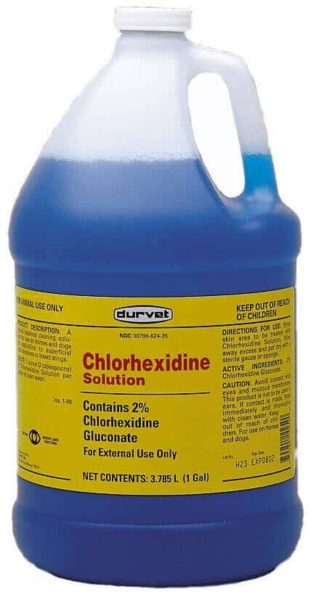 A low-cost antiseptic used to cleanse the cord after birth could help reduce infant death rates in developing countries by 12%, a systematic review published in The Cochrane Library suggests. Authors of the review found that when chlorhexidine was used on babies born outside of a hospital, it reduces the number of newborn babies who died or suffer from infections.

A third of deaths in newborn babies are caused by infections. As one of the World Health Organisation’s Essential Medicines, chlorhexidine has been used in hospitals and other medical settings to prevent bacterial infections for many decades. It can be applied topically as a gel, wash or powder. In maternity care, it can be used either as a vaginal disinfectant to prevent the spread of bacteria from mother to baby, or as a cleansing agent for the newborn baby’s skin or umbilical cord. In some countries with high infant death rates, using chlorhexidine as a cleansing agent after birth has been shown to be a cost-effective way to reduce the risk of death from infection. However, more comprehensive approaches to examining the evidence are required.

The researchers reviewed data from 12 trials involving over 87,000 newborns. Seven of the trials took place in South-East Asia, two in Africa, two in Europe and one South America. Of the 12 trials, the five carried out in community settings, which involved 72,030 newborns, provided the highest quality evidence. These trials included home births. They showed that cleansing cords with chlorhexidine reduced infant deaths by 12% compared to keeping cords dry. Using chlorhexidine also halved the number of newborn babies that suffered from omphalitis, swelling of the cord stump commonly caused by bacterial infections.

“Based on our review, using chlorhexidine to clean the umbilical cord saves newborn babies lives,” said lead researcher Anju Sinha, who is based at the Indian Council of Medical Research in New Delhi, India.

The authors conclude that further evidence from African countries is needed to help to support the findings. “The greatest benefits were seen in the South-East Asian studies,” said Sinha. “The results from African studies are less convincing, so we would like to see whether the results from ongoing trials in Zambia and Tanzania can substantiate this evidence.”