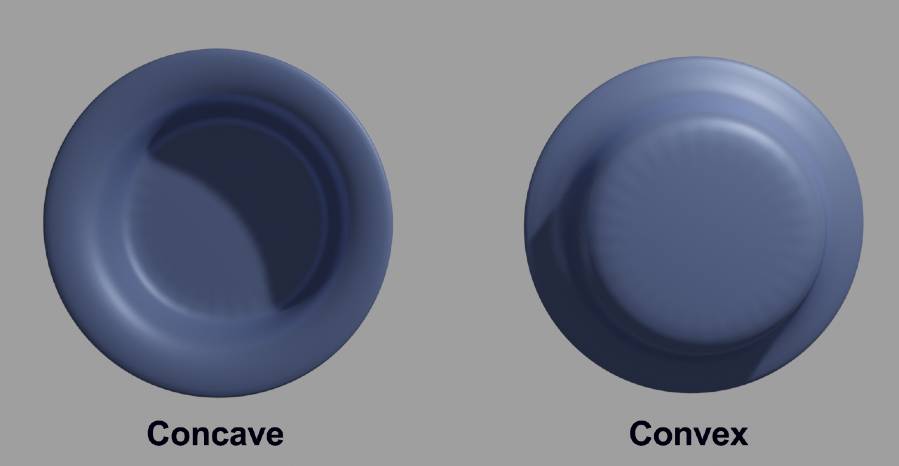 Decision-signals about feature information, like object depth, are broadcast widely in the visual cortex via feedback during visual decision-making.National Eye Institute

Researchers at the National Institutes of Health have discovered that decisions based on visual information, which involve a complex stream of data flowing forward and backwards along the brain’s visual pathways, is broadcast widely to neurons in the visual system, including to those that are not being used to make the decision. Feedback—such as information about a decision traveling back to neurons detecting visual features like color or shape—is thought to help the brain focus on visual information that is relevant to decision-making. The study, by scientists at the National Eye Institute (NEI), was published in Nature Communications.
“Why and how decision-making information is relayed back into the visual processing parts of the brain is an open question. Some theories posit that this type of feedback should be selective – only affecting those neurons that are involved in the decision,” said Hendrikje Nienborg, Ph.D., chief of the NEI Unit on Visual Decision Making and lead author of the study. “This study shows that decision-related feedback is spatially unselective, affecting neurons much more broadly than one might suppose.”
Feedback is used by the brain in many ways and many systems. When a decision is based on what we see, information about expectation or attention — such as where the object is, or about its features — is fed back to brain regions involved in the visual process, raising the activity of neurons involved in seeing the object or event in question.
An example of this type of expectation might be keeping an eye out for a pedestrian at a crosswalk while driving through an intersection. Neurons specialized in detecting objects to your right might receive an extra bit of signal due to your attention. If you were trying to decide whether the person was your red jacket-clad child, neurons specializing in detecting the color red might receive feedback.
Researchers have hypothesized that feedback may help the brain focus in on hard-to-see features, or perhaps help stabilize the decision as it’s being made. Some scientists have thought that decision-related feedback is selective, raising the activity of only the neurons involved in the decision, and not irrelevant neurons.
However, scientists wondered what happens when two different types of information are relevant to a decision at the same time. Is there feedback for each type of information, and is that feedback selective for the decision?
To answer this question, Katrina Quinn, a graduate student in Nienborg’s lab and first author of the study, and colleagues trained monkeys to distinguish whether an object on a screen in a particular location looked concave or convex, while ignoring objects in irrelevant locations. While the animals were performing the task, the researchers recorded the activity of neurons involved in processing visual information. The animals were good at the task, efficiently distinguishing objects in the correct locations and ignoring objects in irrelevant locations.
To see whether the decision-related feedback was selective for both pieces of relevant information, such as location and depth, the researchers recorded activity from neurons that detect depth information and spatial location in the visual cortex, the part of the brain that specializes in visual processing.
Despite the animals’ stellar performance, the researchers discovered an unexpectedly nuanced picture of feedback in the visual system. Similar to previous studies, they found that location feedback is selective, but location feedback didn’t vary depending on the decision the animal made, it was only associated the location that the animal was paying attention to. Conversely, feedback related to the object’s depth was associated with the decision, but was spatially unselective, meaning that even depth-sensing neurons that couldn’t possibly be used to make the decision got extra decision-related feedback anyway.
“You would think that this kind of feedback is always tailored to the task at hand, but it turns out we can’t make that assumption,” said Quinn.
“This study may point towards a feedback mechanism that generalizes across tasks, but in some ways, these findings raise more questions than they answer,” said Nienborg.
The study was funded by the NEI Intramural program, the European Research Council, the German Research Foundation, and the National Science Foundation.