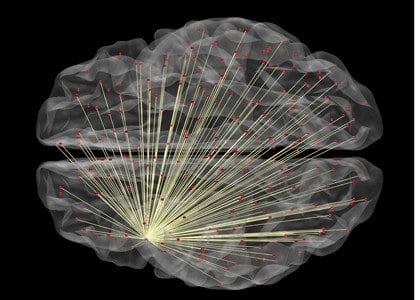 Neurodegenerative diseases such as Alzheimer’s could be better understood thanks to insight into proteins linked to such conditions, a study suggests.

Scientists studying thread-like chains of protein – called amyloid fibres – have found that low levels of these proteins may cause more harm to health than high levels.

These rarely formed protein chains, which have been linked with dozens of diseases, are produced as a result of a genetic flaw or changes in body chemistry brought about by ageing.

When this happens, short fibres are formed which become sticky and attract copies of themselves, forming an endless chain. These chains spontaneously break, creating more filament ends to which more proteins attach.

In the context of neurodegenerative diseases, it is these short, broken pieces that seem to be most harmful, scientists say.

Compared with harmful short protein fibres, long fibres do not appear to be damaging in the case of neurodegenerative diseases. Researchers therefore believe that high levels of the protein – which lead to these longer chains – may actually be protective.

In addition to shedding light on disease, this insight into the protein chains may help scientists develop useful biomaterials, such as cell scaffolds, which are used for tissue engineering or to make artificial silk.

Cait MacPhee, Professor of Biological Physics at the University of Edinburgh’s School of Physics and Astronomy, said; “We would expect that the higher the level of toxins, the worse the disease. However, in this study we found that the lower the level of the protein, the more of these damaging short fibres we see. Understanding how these protein chains form offers us insight not only into how diseases progress, but how we can produce controlled biomaterials for tissue engineering.”