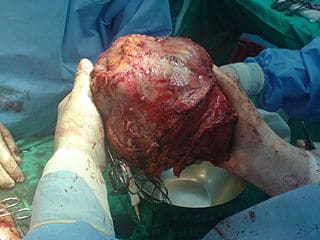 Split liver transplantation carries no increased risk of failure in either recipient, allowing surgeons to safely save two lives from a single donated organ (graft), according to new research from Boston Children’s Hospital published online in the Journal of the American College of Surgeons.

Due to their regenerative nature, livers donated by a deceased adult or adolescent can be surgically split into two unequally sized portions; the smaller segment is allocated to a young child awaiting transplant and the larger portion to an adult.

“Infants waiting for a donor liver have the highest waitlist mortality of all liver transplant candidates, and dozens of children die each year waiting for size-appropriate organs to become available,” says Heung Bae Kim, MD, director of Boston Children’s Hospital’s Pediatric Transplant Center and lead author on the study. “If we can increase the number of split livers to just 200 a year, which would still affect less than four percent of the total number of livers transplanted each year, it would save virtually every small child waiting for a new liver.”

Based on his recent findings, (which includes research on how well children function with split livers) Kim is advocating for changes in how donor livers are allocated—automatically placing infants and small children at the top of the liver waitlist, thereby giving pediatric transplant surgeons the option to split the first graft to become available. Once the liver has been split, the smaller portion is transplanted into a child and the larger portion is transplanted into the next appropriate adult on the list.

Analyzing United Network for Organ Sharing (UNOS) records, Boston Children’s researchers looked at data compiled over a fifteen year period (1995-2010), studying the graft survival rates of 62,190 first-time adult deceased-donor liver transplant recipients, 889 of whom received partial grafts from a split liver transplant. The research shows that from 2002 forward the vast majority of adults who received a split graft experienced a risk of graft failure comparable to those who received a whole graft.

“After an extensive review of the data, it’s clear that in the current era, with the exception of a small, very sick population of patients, adults who receive a split graft can expect to fare as well as those who received a whole organ,” says Ryan Cauley, MD, MPH, first author on the paper. “Because risks once associated with this technique are now negligible, if a center has a patient waiting for a liver and it has access to a split graft, there’s no reason not to accept it.”

In addition to saving young patients, Kim’s proposed amendments to the allocation process could take place without sweeping change, affecting only an extremely small portion of available grafts. “There are around 500 to 600 pediatric liver transplants done each year in the United States, with split liver transplant only accounting for 120 of the total number,” Kim says. “By splitting just 80 more livers a year, it would make grafts available to virtually every small child on the waitlist. Given the current national debate on maximizing access to organs for children, it’s my hope that implementing changes that would benefit children without harming adults would be considered favorably.”