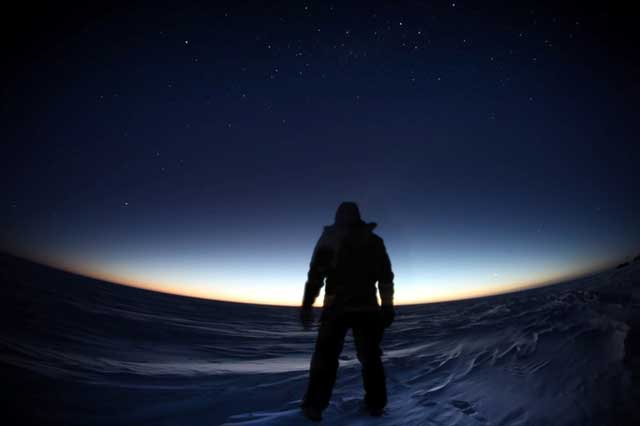 Last month was the warmest August on record for the South Pole, ending a winter that will go down as the mildest ever since record-keeping began in 1957.

It was also a windy month, with seven days that either broke or tied the previous peak wind speed record for those days.

In terms of the winter climatological period — the months of June, July and August — it was the warmest three-month stretch at the South Pole since records began 56 years ago, according to Phillip Marzette, senior meteorologist at the South Pole Station.

The wild weather began as early as March, with extreme swings between record maximum and minimum temperatures. In June, the weather really got crazy, when the all-time maximum temperature record for the month of June was set not once but twice.

On June 2, the winter-time temperature hit minus 22.2F (minus 30.1C), shattering the previous record for that day of minus 35.7F (minus 37.6C) set in 1987. The new June record barely lasted two weeks. On June 19, the temperature climbed to minus 19.8F (minus 28.8C). The record-setting day was bookended by two single day maximum temperature records as well.

The weird weather has meant fewer clear days to enjoy the brilliant sky-filled nights and the ghostly auroras that paint the winter at South Pole.

“The weather has been really bad this year,” said Dana Hrubes, a scientist currently working on the South Pole Telescope who has wintered seven times at the South Pole Station since 2000. “I’ve never seen anything like it.”