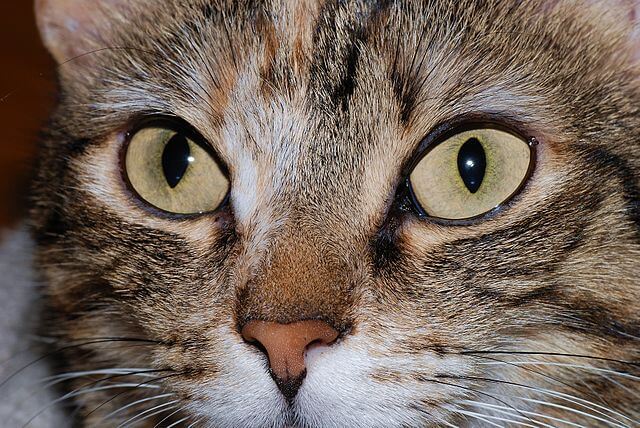 Blood from HIV-infected human subjects shows an immune response against a cat AIDS virus protein, a surprise finding that could help scientists find a way to develop a human AIDS vaccine, report University of Florida and University of California, San Francisco researchers.

Their findings appear in the October issue of the Journal of Virology. This discovery supports further exploration of a human AIDS vaccine derived from regions of the feline AIDS virus.

“One major reason why there has been no successful HIV vaccine to date is that we do not know which parts of HIV to combine to produce the most effective vaccine,” said Janet Yamamoto, a professor of retroviral immunology at the UF College of Veterinary Medicine and the study’s corresponding author.

The researchers are working on a T-cell-based HIV vaccine that activates an immune response in T cells from HIV-positive individuals against the feline AIDS virus. T-cell peptides are small pieces of protein that can prompt the body’s T cells to recognize viral peptides on infected cells and attack them. However, not all HIV peptides can work as vaccine components, Yamamoto said.

“In humans, some peptides stimulate immune responses, which either enhance HIV infection or have no effect at all, while others may have anti-HIV activities that are lost when the virus changes or mutates to avoid such immunity,” she said. “So, we are looking for those viral peptides in the cat AIDS virus that can induce anti-HIV T-cell activities and do not mutate.”

In previous studies, scientists have combined various whole HIV proteins as vaccine components, but none have worked well enough to be used as a commercial vaccine, Yamamoto said.

“Surprisingly, we have found that certain peptides of the feline AIDS virus can work exceptionally well at producing human T cells that fight against HIV,” she said.

The researchers isolated T cells from HIV-positive individuals and incubated these cells with different peptides that are crucial for survival of both human and feline AIDS viruses. They then compared the reactions they got with feline immunodeficiency virus (FIV) peptides to what they found using HIV-1 peptides.

“We found that one particular peptide region on FIV activated the patients’ T cells to kill the HIV,” Yamamoto said.

This feline viral region identified by human cells appears to be evolutionarily conserved — it is present in multiple AIDS-like viruses across animal species, she added.

“That means it must be a region so essential that it cannot mutate for the survival of the virus,” she said.

Yamamoto and her team believe that the feline AIDS virus can be used to identify regions of the human AIDS virus that might be more effectively used in a vaccine-development strategy for HIV.

“We want to stress that our findings do not mean that the feline AIDS virus infects humans, but rather that the cat virus resembles the human virus sufficiently so that this cross-reaction can be observed,” said study collaborator Dr. Jay A. Levy, a professor of medicine at UCSF.

To date, a T-cell-based vaccine has not been used to prevent any viral diseases, Yamamoto said.

“So we are now employing an immune system approach that has not been typically utilized to make a vaccine,” she said. “The possible use of the cat virus for this vaccine is unique.”

Michael Murphey-Corb, a professor in the department of microbiology and molecular genetics at the University of Pittsburgh, has known Yamamoto since she discovered the feline AIDS virus.

Levy, along with Dr. Mobeen Rathore, director of the UF Center for HIV/AIDS Research, Education and Service in Jacksonville, and the University of South Florida in Tampa provided the blood from HIV-infected subjects. Other collaborators include the UF College of Medicine, the Clinical and Translational Science Institute at UF, and LifeSouth Community Blood Centers of Gainesville.