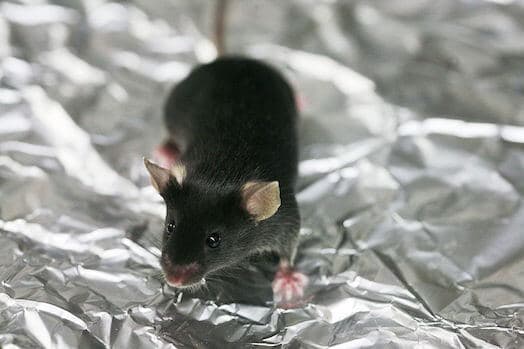 Here’s another reason you might want to make sure you sleep well. Researchers from the University of Chicago and the University of Louisville have shown that mice subjected to frequent sleep interruptions grew more aggressive tumors. This finding shows a connection between poor sleep and cancer development.

Published online in January in the journal Cancer Research, the study subjected a group of mice to being awakened every two minutes by a motorized mechanical sweeper over 12-hour periods during the day, when mice normally sleep. The action of the sweeper forced those mice to wake up and then the mice were allowed to fall back to sleep. After seven days, mice in this group and in an undisturbed control group were injected in their thighs with cells from one of two tumor types.

The mice in both groups slept for comparable periods, with the difference being the continuity of sleep, said Dr. David Gozal, chairman of pediatrics at the University of Chicago Comer Children’s Hospital, one of the authors of this study. The mice subjected to “fragmented sleep” were not sleep deprived, but their sleep continuity was disturbed.

The researchers found that tumors in the mice with fragmented sleep developed twice as large for both tumor types, despite injecting the tumor cells in the thigh muscles, where the muscle structure could suppress tumor growth.

At the center of this result is the effect of fragmented sleep on the health of the immune system. Macrophages are cells usually generated by bone marrow. They fight infections and remove dead cells, and they make sure foreign bodies are removed. Tumor-associated macrophages, which researchers referred to as TAMs, are part of the immune system’s response to cancer, and they cluster at tumor sites.

Depending on the chemical signals TAMs receive, they can either eliminate tumor cells or promote the growth of new blood vessels that feed tumors. The sleep-fragmented mice had primarily the type of TAMs that encouraged tumor growth.

“Is it possible that sleep and quality of sleep are potential modulators in how we handle cancer?” Gozal said. “We need to be attuned that sleep is … an important factor in future cancer trials and research.”

Erin Hanlon, research associate and assistant professor in the University of Chicago’s Department of Medicine, said Gozal’s article provides “more evidence that sleep restriction or fragmentation can affect peripheral tissues. These data further solidify sleep need not only for the brain, but also for the body.” Hanlon was not part of the study.

Dr. Lisa Morselli, an investigator at the University of Chicago’s Sleep, Metabolism and Health Center, said this study showed a plausible explanation for recent reports of increased mortality from cancer in patients with severe obstructive sleep apnea. It also suggests that the consequences of sleep deprivation and obstructive sleep apnea are more far-reaching than previously thought, said Morselli, who was not involved in the study.

“The next steps in this field should be studies that compare survival after cancer diagnosis in patients with and without obstructive sleep apnea,” she said. “Studies are then needed to see if continuous positive airway pressure treatment, which would reverse the sleep fragmentation … is beneficial in patients with cancer and obstructive sleep apnea, if given in addition to traditional cancer therapies.”

Sleep is one vital part in the healthy functioning of the human body. “In a gasoline engine with cylinders, valves, spark plugs and fuel, those all work in a certain rhythm. If all these moving parts aren’t synchronized, gasoline doesn’t burn efficiently and the engine won’t have as good a gas mileage,” Twery said. “In a human body not working efficiently, there could be problems. So sleep at the right time, get enough sleep and get good quality sleep.”