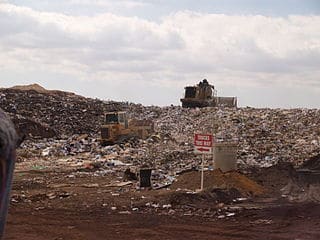 Uneaten food – there’s a lot of it requiring handling/disposal thereof. But, what if instead of being tossed into trash containers for collecting and directing to landfill sites, the disposition of this refuse involved a redirect as in it being diverted and converted into something useable? That kind of waste, well, such is the “bread and butter” of one innovative San Jose, California, company. The company? Zero Waste Energy Development (ZWED).

“During its first ten months of operation in 2014, the ZWED facility has recycled more than 30,000 tons of food scraps from restaurants and grocery stores that would otherwise go to the landfill,” the U.S. Environmental Protection Agency (EPA) explained. “This food waste generates 500 kilowatts per hour of electricity that is used to power onsite operations, and it has produced approximately 6,000 tons of compost. The facility is capable of digesting and composting 90,000 tons of organic waste per year and is expected to produce 1.6 megawatts and sell excess power to the grid in early 2015.”

Imagine taking energy produced from wasted food and using that to help provide needed power to make production of energy, fuel and compost this way possible.

This facility supports San Jose’s 2022 zero-waste goal, this along with the city’s biogas and composting programs, according to the federal regulatory agency.

Anaerobic digestion the name of the game

“San Jose garbage, recycling and composting systems start with state-of-the-art facilities where all commercial waste is first sorted before anything is sent to the landfill. Organic and food waste is moved to the ZWED facility, where 16 anaerobic digesters use bacteria to break down the material in an oxygen-depleted environment to create a biogas rich in methane. The gas in turn fuels a combined heat and power plant that generates electricity for adjacent recycling operations,” EPA reported.

The advantages of anaerobic digestion are clear:

The large-scale commercial anaerobic digestion facility is, according to EPA, the nation’s first.

Meanwhile, through the processes of anaerobic digestion, composting, recycling and reuse, the northern California city of San Jose is able to divert from landfills nearly three-fourths (74 percent) of its municipal solid waste.

“‘Our strong public-private partnership with ZWED exemplifies our bold Green Vision,’ said San Jose Mayor Chuck Reed. ‘We’re diverting waste from our landfill and converting it to energy by collaborating with ZWED at the world’s largest anaerobic digestion facility. This is [sic] project is a win-win for our businesses, our community, and the environment.’”