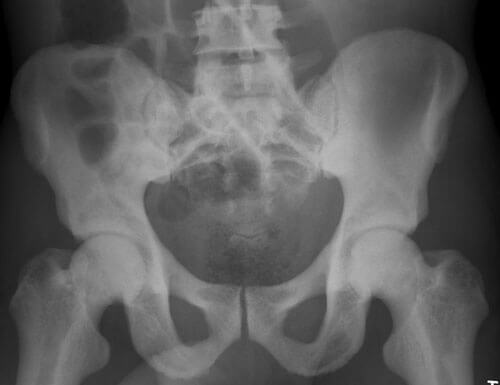 Patients with osteogenesis imperfecta (brittle bone disease) treated with teriparatide, a form of parathyroid hormone approved for treatment of women with osteoporosis, had stronger bones in the lower spine and the hip when compared to a group of similar patients who received placebo or an inactive medicine, said researchers in a report that appears online in the Journal of Clinical Investigation.

“The treatment worked best in patients with a milder form of the disorder,” Dr. Brendan Lee, professor of molecular and human genetics at Baylor and an author of the study, said in a news release. “We hope that larger studies using this drug will be undertaken to determine whether it can also reduce the risk of fracture.” He is also co-director of the Rolanette and Berdon Lawrence Bone Disease Program of Texas and a Howard Hughes Medical Institute investigator.

Osteogenesis imperfecta is a genetic disorder in which the bones of those who have the problem are fragile and easily broken. The lifelong disease exists in several forms of varying severity. Those who benefited most from the drug in this study had type 1, a mild form of the disorder. It is estimated that between 25,000 and 50,000 people in the United States suffer from osteogenesis imperfecta.

Osteogenesis imperfecta, however, is a different disease. Bisphosphonates used in children with the disorder have resulted in reduced bone turnover, higher bone density and, in some studies, a lower fracture rate, said the authors in their study. However, only a few studies of those drugs have been carried out in adults with osteogenesis imperfecta. In those studies, the bone density seems to have increased but the fracture rate has not been reduced significantly.

First study of its kind

This is the largest controlled clinical trial ever performed in adult patients with the disorder. This is the first time a drug like teriparatide, a bone anabolic therapy that changes the way bone is remodeled, has been studied in this population.

The incidence of fracture as reported by the patient did not differ between the groups, though this may be due to the limited size of the study group in this rare disease. Because fracture patterns and frequencies show great variation from patient to patient, much larger numbers will be needed to test the effects on fracture frequency.