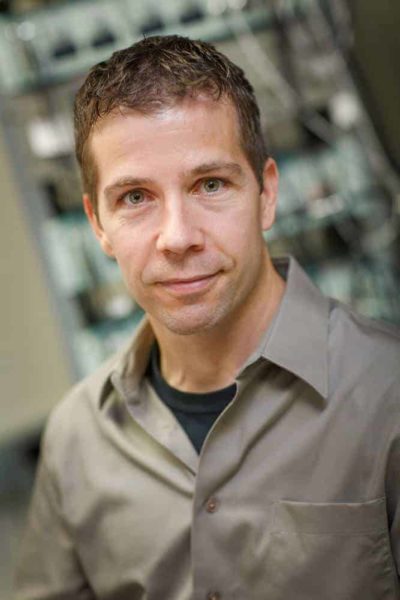 A new study led by UT Dallas researchers shows that a gene associated with dyslexia may interfere with the processing of speech, ultimately leading to reading problems that are characteristic of the disorder.

While previous studies have tied the DCDC2 gene to dyslexia, Dr. Michael Kilgard, a neuroscientist at UT Dallas and one of the study’s co-authors, said the new findings are the first to demonstrate that the gene is required for normal auditory processing of complex speech.

“We now have evidence that strongly suggests that people with dyslexia don’t actually hear all of the sounds they need to hear,” said Kilgard, who is the Margaret Fonde Jonsson Professor in the School of Behavioral and Brain Sciences and the associate director of the Texas Biomedical Device Center.

The study, which appears in the Journal of Neuroscience, involved healthy rats that were taught a variety of speech sound discrimination tasks. When the DCDC2 gene was suppressed, the rats were virtually unable to identify specific speech sounds.

Kilgard equated the speech discrimination problems with issues experienced by children as they try to learn language skills.

He said the good news about the discovery is that individuals who have trouble distinguishing sounds could potentially recover that ability through therapy and neural training.

“Neural responses actually can be changed by training. Repetition does change those brain networks,” Kilgard said. “The more you know about genes, the more you can overcome the issues even if there is never a pill to solve the problem.”

Kilgard is known for his research that uses vagus nerve stimulation paired with training to encourage neural plasticity, which is the reorganization of neural responses in the brain. He has shown that VNS can enhance plasticity and rehabilitation in multiple animal models and in patients with stroke and tinnitus.

Kilgard said the new findings provide a new tool that could change how we look at learning disabilities.

“Instead of making assumptions about what a child can achieve in life, children who have trouble distinguishing sounds can attain great things, although it may take more effort. Instead of getting there in 20 hours it may take 100 hours,” he said.

Kilgard said certain commercial gene testing products can detect impaired genes, including DCDC2. But he said more work is needed to fully understand the link between neural processing and dyslexia.

The study was led by Dr. Tracy Centanni MS’11, PhD’13, who began her research as a UT Dallas graduate student in the School of Behavioral and Brain Sciences. She is now a postdoctoral researcher at the Massachusetts Institute of Technology. Dr. Robert Rennaker, Texas Instruments Distinguished Chair in Bioengineering, director of the Texas Biomedical Device Center and chairman of the Department of Bioengineering, was a co-author of the study, as were UT Dallas’ Andrew Sloan and Ryan Carraway, as well as a team from the University of Connecticut.