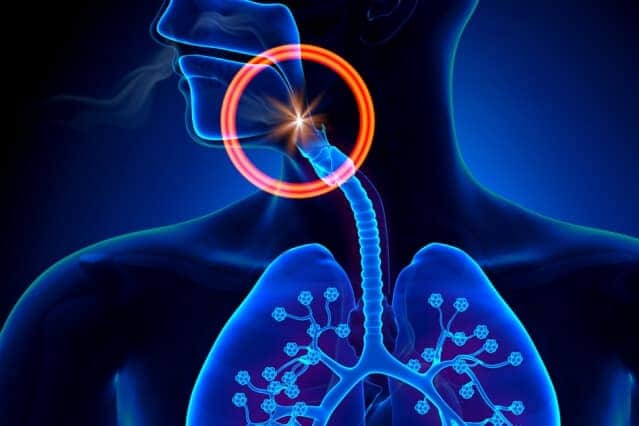 Obstructive sleep apnea, which causes people to briefly stop breathing while asleep, affects an estimated 5 percent of the population, not including the many more who don’t even realize they suffer from the disorder.

Patients are sometimes treated with a machine that blows air into the patient’s airway through a face mask, but no drug treatments exist. In an advance that may change that, MIT researchers have discovered that a dietary supplement called yohimbine reverses the root cause of obstructive sleep apnea in an animal model.

Yohimbine, a chemical derived from the bark of the African yohimbe tree, has a long history of use by humans as an aphrodisiac, and more recently it has been used by bodybuilders to burn fat. It is not FDA-approved for any of these uses, however. Chi-Sang Poon, a principal research scientist at MIT’s Institute for Medical Engineering and Science (IMES), says that while the results of the obstructive sleep apnea study are promising, people should not begin taking the drug on their own, especially those who also suffer from heart disease, high blood pressure, or anxiety disorders.

“People who have these problems could be at risk if they use yohimbine,” says Poon, the senior author of the study. “Before clinical trials are done, it is not advisable for the general public to try this on their own.”

Gang Song, an IMES research scientist, is lead author of the paper, which appears in the Feb. 23 issue of the journal JCI Insight.

Obstructive sleep apnea is caused by a narrowing of the airway that cuts off breathing, and people who are obese are at higher risk for the disorder. This closing of the airway often occurs during sleep, especially REM sleep, when most of the body’s muscles are relaxed, including the tongue. If the tongue falls back into an already narrow airway, it can cut off the flow of air.

The most effective treatment is a device known as a continuous positive airway pressure (CPAP) machine, which delivers a stream of compressed air into the airway to prevent it from closing.

“It works very well, but the problem is everybody hates it,” Poon says. “It’s very uncomfortable and inconvenient. Almost half of the people prescribed never use it.”

Because of this, many scientists have been trying to develop a drug treatment for obstructive sleep apnea, which would be easier for patients to tolerate. One drug target that researchers have sought to exploit is the hypoglossal nerve, which controls the tongue. Scientists had hoped that stimulating this nerve during sleep would help prevent the tongue from falling back, but none of the drugs they have tried have been successful.

The MIT team decided to take a different approach. Previous research had suggested that the hypoglossal neurons that control the tongue are stimulated by a part of the brain known as the pons, located in the brain stem. Two particular groups of neurons in the pons, known as A5 and A7, had been thought to contribute to hypoglossal neuron activation. In experiments performed on rats, the MIT team found that obstructive apnea that is artificially imposed while the animals are not asleep can actually make this A5 and A7 activation of hypoglossal neurons become even stronger, and stay strong long afterward.

“It is as though these neurons can ‘learn’ from the obstructive apnea experience and remain vigilant against it later,” Poon says.

The activity of A5 and A7 usually drops dramatically during sleep, especially REM sleep, and that’s where the problem begins. “It is as if these cells become sleepy and ‘forget’ to do their job,” Poon says, so the researchers sought to find a way to re-activate these neuron groups. They decided to try yohimbine, which is known to inhibit norepinephrine receptors found on these cells that constrain their excitation of hypoglossal neurons. This approach was counterintuitive, Poon says, because the cells’ activity is already suppressed during sleep, and blocking these receptors would be like beating a dead horse.

However, no one had ever actually tried that, and Poon decided to take a chance and see what would happen. Through a mechanism not fully known yet, the researchers found that yohimbine treatment targeting A5 and A7 surprisingly stimulated the hypoglossal neurons and restored their vigilance against obstructive sleep apnea in rats.

“It worked wonders,” Poon says. “Everything seemed to get back to normal again.”

The researchers are now hoping to work with pharmaceutical companies to refine the drug and begin tests in patients. Determining effective and safe dosage levels will be a critical step, says Poon, who cautions against anyone trying the drug on their own.

“Yohimbine is a centuries-old drug that people have been using for other reasons,” he says. “The drug itself is relatively safe in healthy subjects, but in patients that have heart disease, hypertension, or stroke, or have anxiety problems, they could be at risk because nobody has done long-term studies to show how safe the drug is for these patients.”

The research was funded by the National Institutes of Health.