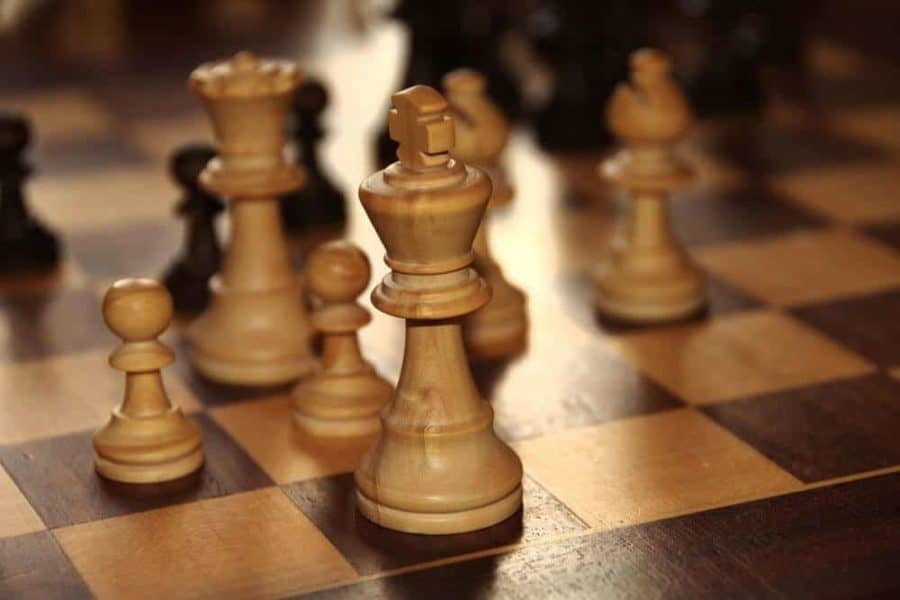 How do highly complex cognitive processes change when we take pharmacological substances? Is it possible to enhance these processes by using substances such as the CNS stimulant methylphenidate or the wakefulness promoter modafinil, or do these actually undermine creative thinking and the ability to concentrate? Researchers at the Department of Psychiatry and Psychotherapy at the Mainz University Medical Center have recently looked into these and other questions in a randomized placebo-controlled double-blind study. The conclusion they came to was surprising: they found that high-performance tournament chess players can actually enhance the highly complex cognitive functions they require by taking these substances and thus win more chess matches–unless they are under time pressure. The results of the trial have recently been published in the online edition of the journal European Neuropsychopharmacology.

Chess is a sport requiring high levels of concentration and a great deal of creativity, thus placing considerable psychological stress on players. In the case of speed chess, a game can last for between five and 60 minutes while a normal chess game can have a duration of up to eight hours. During a tournament or a match, the concentration of even top players will flag from time to time, which may result in mistakes. The question arises of whether it is possible to avoid or at least reduce the risk of this happening so that the abilities so important to winning at chess, i.e., alertness, concentration, strategic thinking, creativity, patience, and tenacity, can be continuously maintained at a suitable level over time. There are indeed tried-and-tested methods that can be used to achieve this: to ensure to get enough sleep, to eat healthily, and to take exercise. Even modern grandmasters like Magnus Carlsen fall back on these old remedies. However, it is worth asking whether, if he were to employ methods that have become more recently available such as neuro-enhancement by stimulants (also sometimes called “brain doping”), he would be able to maintain more balanced concentration over a longer period. On the other hand, the use of such substances could compromise the creative and highly concentrated thought processes required to play chess well. This is an aspect of major significance when it comes to the politics of sport because FIDE, the World Chess Federation, has applied for chess to be included in the 2020 Tokyo Olympic Games. But if chess becomes an Olympic discipline, the players will be subjected to doping tests. In addition, according to the statutes of the German Federal Ministry of the Interior, a sport can only be a recognized sport, and thus eligible for financial support, if it applies doping test regulations.

The positive or negative effects that the cognitive enhancers methylphenidate, modafinil, and even caffeine can have on highly complex cognitive performance in tournament chess players have now been investigated by researchers at the Mainz University Medical Center. The principal investigators of the trial undertaken at the Department of Psychiatry and Psychotherapy were Professor Klaus Lieb and his former Mainz colleague Professor Andreas G. Franke, now Dean of the Faculty of Social Work and Education at the Neubrandenburg University of Applied Sciences. In their investigation entitled “Methylphenidate, modafinil, and caffeine for cognitive enhancement in chess: a double-blind, randomized controlled trial” they compared the effects of the prescription drugs methylphenidate and modafinil with those of the freely available caffeine. In the placebo-controlled trial, 39 male chess players received either 2 x 200 mg modafinil, or 2 x 20 mg methylphenidate, or 2 x 200 mg caffeine, or placebo on four different days in a 4 x 4 crossover design. Every day they played twenty 15-minute games in two sessions against a chess program (Fritz 12) adapted to the individual abilities of each of the players. In addition, the subjects underwent neuro-psychological testing.

During the trial the researchers discovered that after use of methylphenidate, modafinil, or caffeine, players unexpectedly required more time to deliberate about moves than when taking placebo only. When all 3,059 analyzed matches were taken into account, it emerged that use of the stimulants did not result in the winning of more games than when placebo was used. However, when the investigators looked at the 2,876 matches that were decided within 15 minutes they found that when the subjects had taken methylphenidate or modafinil–but not caffeine–they won more matches against the chess program than when receiving placebo. The researchers thus concluded that methylphenidate or modafinil improved chess performance when the players were not under time pressure or were in a position to suitably manage their time during the short 15-minute matches.

This was something the investigators had not anticipated. They had assumed that, as claimed in the literature, the pharmacological substances would lead to a diminution of the highly complex cognitive processes required to play chess. “These results demonstrate for the first time that even highly complex cognitive abilities, such as those needed to play chess, can be enhanced by means of the use of stimulants. It would seem that under the influence of the stimulants the subjects were able to reflect more deeply when it came to decision-making,” said principal investigator Professor Andreas G. Franke. And Professor Klaus Lieb added: “This was a very elaborate trial. Good controls were in place and all 39 subjects participated in all our tests. Now we have initial evidence that doping in chess using the stimulants methylphenidate and modafinil is possible. However, the results of our trial need to be replicated by other researchers before definitive statements about the doping potential of stimulants in chess can be made.”

The authors warn against taking these substances because of the associated risks and possible adverse effects that are more pronounced on repeated use. Moreover, individuals should not have such preparations in their possession unless these have been specifically prescribed for them, and, of course, because they confer unfair advantages when playing chess. In addition, the researchers recommend that the relevant authorities take decisive steps to introduce more doping tests in professional chess.