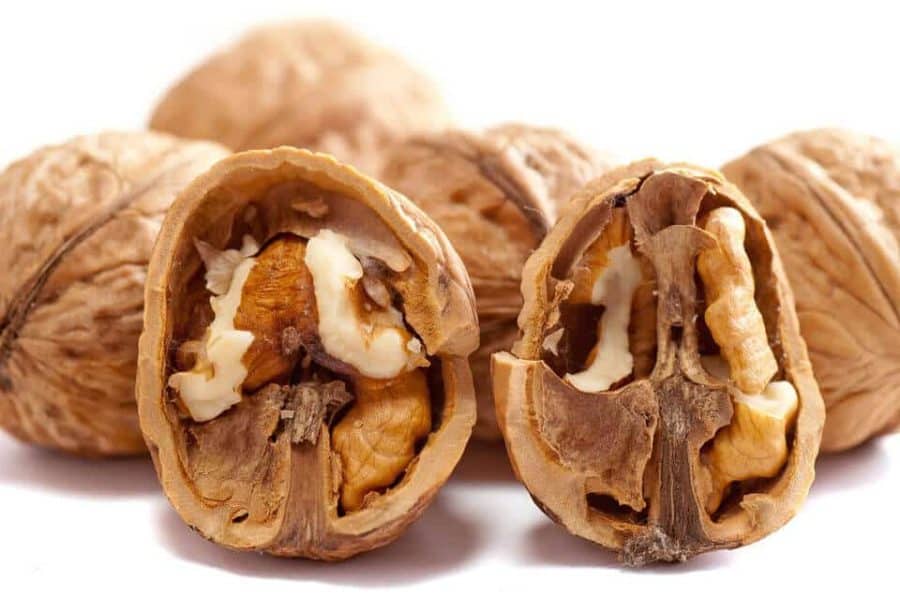 Perhaps their brain-like shape should have been a giveaway. Scientists in Boston have shown that eating walnuts lights up a part of the brain associated with hunger and cravings. The good news is that instead of making us crave calories, walnuts appear to help make us feel full.

To figure this out, researchers at Beth Israel Deaconess Medical Center used functional magnetic resonance imaging (fMRI) to watch how eating walnuts changed brain activity. Said the study’s first author Olivia Farr: “We don’t often think about how what we eat impacts the activity in our brain…. We know people report feeling fuller after eating walnuts, but it was pretty surprising to see evidence of activity changing in the brain related to food cues, and by extension what people were eating and how hungry they feel.”

Farr and her team worked with 10 obese volunteers over two, five-day periods, closely monitoring their food and drink.  In one five-day session, volunteers consumed daily smoothies containing 48 grams of walnuts. During their other stretch, they were given walnut-free but nutritionally comparable placebo smoothies, flavored to taste the same as those with walnuts. The order of the two sessions was random, and neither the volunteers nor the researchers knew in which session they got the nuts.

Participants reported feeling less hungry the week they consumed walnut-containing smoothies than during the week they were given the placebo smoothies — something observed in previous studies. The fMRI tests seem to explain why. The volunteers were shown images of tasty foods like hamburgers and desserts, neutral objects like flowers and rocks, and less desirable foods such as vegetables. When shown the the desirable food, participants’ brains lit up in a part of the brain called the right insula far more after five days of walnuts than after five days without.

Said Christos Mantzoros, director of the Human Nutrition Unit at Beth Israel Deaconess: “This is a powerful measure…. We know there’s no ambiguity in terms of study results. When participants eat walnuts, this part of their brain lights up, and we know that’s connected with what they are telling us about feeling less hungry or more full.”

This area of the insula is likely involved in cognitive control and salience, meaning that participants were paying more attention to food choices and selecting the less desirable or healthier options over the highly desirable or less healthy options.

Similar studies could reveal how other foods and compounds, such as naturally-occurring hormones, impact the appetite-control centers in the brain. Future research could eventually lead to new treatments for obesity.

“From a strategic point of view, we now have a good tool to look into people’s brains – and we have a biological read out.” said Mantzoros. “We plan to use it to understand why people respond differently to food in the environment and, ultimately, to develop new medications to make it easier for people to keep their weight down.”

Farr and Mantzoros plan to test different amounts of walnuts to see whether more means more brain activation. The findings were published online in the journal Diabetes, Obesity and Metabolism.