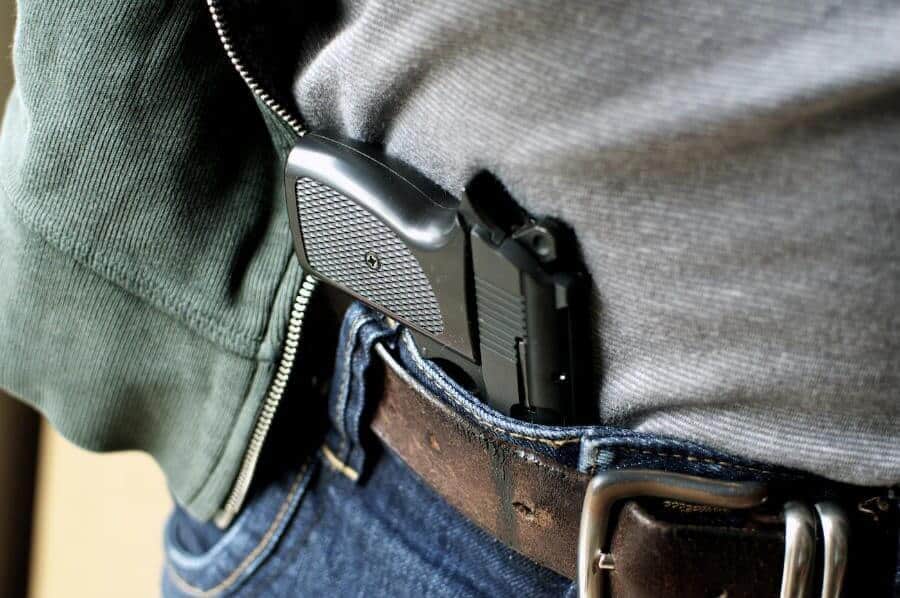 Graduating computer science major Luke Strgar thinks he might have a solution for the fraught issue of guns in America: Use blockchain to track gun sales in America.

Strgar thinks that Blockchain, a complex, sometimes bewildering, secure, de-centralized electronic bookkeeping method that underpins things like Bitcoin, offers the perfect balance between security, anonymity and scale that could please all sides of the gun-control debate.

And while many graduates were wrapping up final papers or enjoying the last free moments at their favorite Berkeley bar, Strgar, 22, spent two days in Washington, D.C. this month pitching his idea to legislative aides and think-tank analysts from all sides of the ideological perspective.

He visited with aides to liberal California Senator Dianne Feinstein and conservative Montana Congressman Greg Gianforte, as well as scholars with the center-left Third Way think-tank and right-wing Heritage Foundation, among others. He explained Blockchain, and, like any good scientist, tried to listen to criticism that could improve his idea.

“The goal here is to find a solution that both parties can agree on,” Strgar said. “I am not interested in developing something for one side of the discussion, that people try to force down the throat of parties coming from the other side. One of the nice things about technology is that you can develop systems that work for people.”

No centralized gun-sale database exists, which makes it very difficult for investigators to quickly trace a gun used in a homicide, or for researchers to study gun-violence trends. Pro-gun advocates don’t trust the federal government to maintain such a database, and as a result, there’s little information about firearms in America.

Enter, Strgar says, Blockchain technology, which could someday be used to build an online database incapable of being abused by the government and monitored by everyone, a bit like an ultra-secure online database spread out across the database.

Police might need the serial number of a specific gun to unlock its history on blockchain, and researchers would only be able to study anonymized, aggregate data. No one would own the database, which would exist securely distributed across many individual computers.

While the idea might sound far-fetched now, Strgar said in a few years when blockchain might be more fully understood and implemented, it could prove to be the perfect technological compromise. For now, the technology is a bit like a web browser in the early 1990s: an intriguing tool with promise, but no real utility.

“What’s the natural solution to record centralization? It is record decentralization,” Strgar said. “It is building a platform where the records can be maintained by the gun-owning community, so to speak.”

Strgar had long been interested in blockchain, but didn’t start thinking about how it could apply to the gun control debate until the recent shootings in Las Vegas and Florida. Growing up in Eugene, Oregon, Strgar has shot guns a few times. But he doesn’t own one now, and doesn’t see a future where he’d feel the need to buy a gun.

“It was frustrating for me, looking at the conversations happening in Washington and seeing people argue with no intention of compromise, or curiosity for the other point of view,” he said. “I don’t have a background in guns. I would not shame people who are gun owners in any way, shape or form. It is written into the Constitution, the right to bear arms.”

That attitude pleased the scholars and aides Strgar met in Washington.

“The most impressive thing about him is that a lot of people have an angle and they try to push you toward it, but he didn’t do that,” said Gbenga Ajilore, a visiting scholar at the left-leaning Urban Institute, and an associate economics professor at the University of Toledo, who met with Strgar. “He had his idea but he knew he had to get other perspective before going further.”

A senior aide to a conservative pro-gun congressman was equally impressed with Strgar.

“I thought Luke was a phenomenal kid who had a good understanding of the blockchain and the fault lines of the Second Amendment,” said the aide, who asked not to be identified or associated with a congressional office because he was speaking only for himself.

Still, the issue of gun control is so fraught that there may be little hope Strgar’s idea will take off.

“I’d be surprised if that idea went anywhere,” Ajilore said. “Now, it should go somewhere because it is a great idea.”

Strgar will spend the summer working on his pitch, he said. Even if nothing comes of it now, he doesn’t doubt that blockchain could eventually play a role in gun control and he the idea is worth considering now.

“To tell you the truth I have no idea what is going to happen with this,” he said. “I would say right now I am neutral. People in Washington and the business world are latching onto the issue of gun violence after the Parkland shooting. I was, in some ways, very surprised by the positive reception I received (in Washington) but granted, it was made very clear to me in several of these meetings that you can garner a lot of interest in Washington, but it still might still take two to three years to get legislation moving.”

10 thoughts on “Blockchain could be key to cracking gun debate”