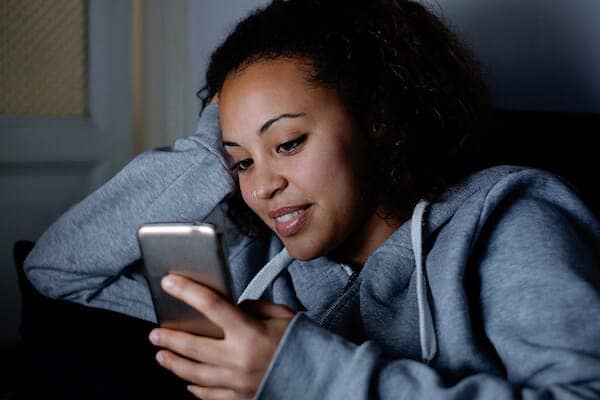 But this doesn’t mean that the users of these apps end up with more sexual partners than non-users with the same preference for casual sex.

“Apps have become the new public arena for dating. But to a large extent, the people using them are the same ones you find dating other ways,” says professor Leif Edward Ottesen Kennair at NTNU’s Department of Psychology.

So-called “sociosexual orientation” refers to how open you are to short-term sexual relationships that don’t lead to a committed relationship. The most open, or unrestricted, users tend to use picture-based dating apps more often than most people do.

“But dating app users don’t have more casual sexual partners than others with the same short-term preference,” says Mons Bendixen, an associate professor at NTNU’s Department of Psychology.

The apps have simply become a new way to meet up. People use dating apps instead of – or in addition to – finding a partner in town, at work, at a meeting, on a hike or when doing something else in their free time. But the end result is about the same.

According to Trond Viggo Grøntvedt, a researcher in NTNU’s Department of Public Health and Nursing, “nothing suggests that people use dating apps more because they are more or less attractive as a sexual partner than most people.”

The results of the researchers’ new study were recently published in the online journal Personality and Individual Differences.

Men and women use the dating apps somewhat differently.

Women spend more time on dating apps than men do. This may be because women take longer to consider each candidate before deciding to move on, whatever their decision turns out to be.

Men are more efficient. They persue more candidates in less time, and make more swift decisions about whether a candidate is someone they want to meet up with or not. They are also more likely to initiate contact than women are.

On Tinder and similar apps you get pictures and information about potential partners. You swipe right if you are interested in more contact, left if you’re not.

“Women are more discerning. Men are more eager. This has clear evolutionary reasons. Women have more to lose by engaging with low-quality sexual partners than men do. That’s why men swipe right more often than women do,” says Kennair.

Women want to feel better about themselves

The study also looked at the reasons people use Tinder and similar picture-based dating apps.

For both women and men, the most important reason for using Tinder was purely as a diversion. When they were bored or had nothing else to do, they would take a look at Tinder to see who was there. But then the sexes differed in their reasons.

“Men tend to report a desire for casual sex and short-term relationships as a reason for using dating apps. But it should be noted that the myth that men on dating apps are only looking for casual sex isn’t accurate. Men who use these apps also seek long-term partners, but to a lesser extent than short-term partners,” says first author and clinical psychologist Ernst Olav Botnen.

Women are more often looking for confirmation that they are attractive.

“Women use dating apps to feel better about themselves more than men do,” says Bendixen.

Being perceived as a potential partner by other users is regarded as positive.

Only a small minority of the study participants, eight people, were in a relationship while using dating apps. Using Tinder as a tool to be unfaithful thus appears to be relatively rare, but the researchers did not examine that question in this study.

The new app technology is primarily a new arena for short-term sex, and not necessarily a development that is leading to a change in sexual behaviour, say Kennair and Bendixen.